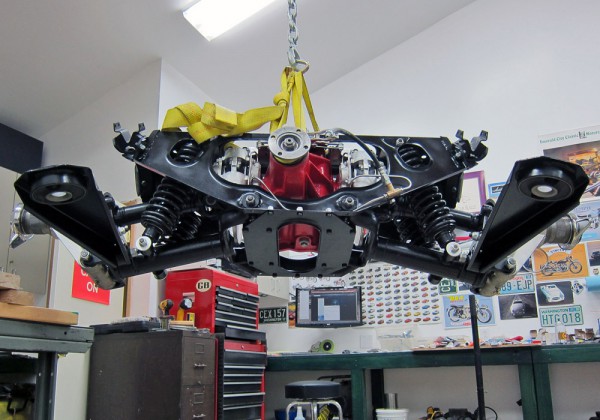 [Insert bird, plane joke here.] Here’s how this rather heavy rear suspension assembly was taken off my work table and put into the car. (I decided in the end to just go with standard bleed nipples, it’s not really all that difficult a task to bleed the brakes if you take the front shock off either side, and that only takes a few minutes.) 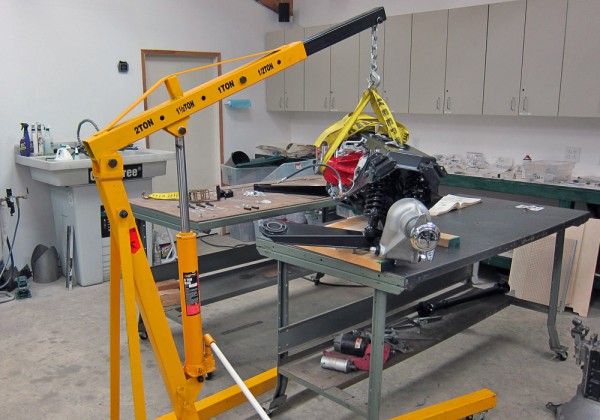 Nylon straps used as slings play a significant role in my life, now. I should probably seek some sort of therapy. 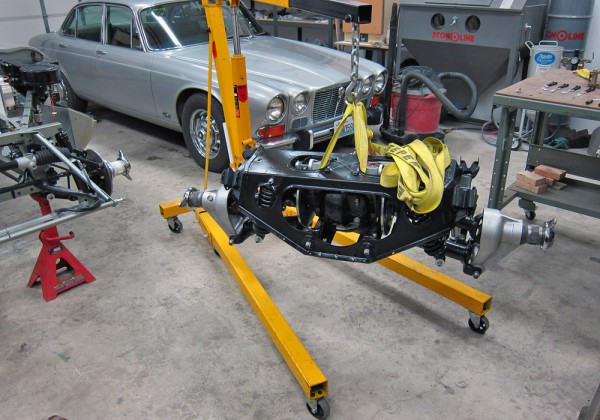 I did end up moving the XJ6, though it was tempting to bang up two different Jaguars as a testament to my inherent laziness. 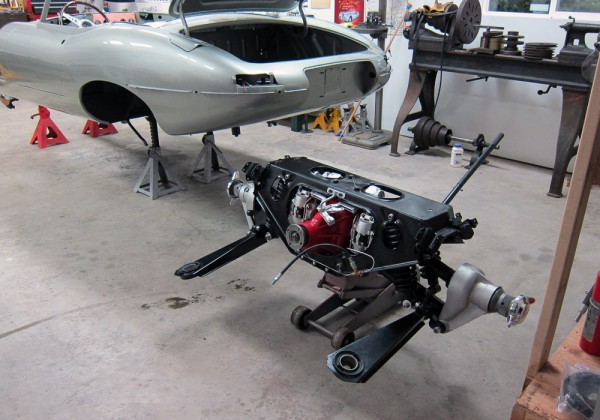 There is one small sweet spot where the assembly will balance on a floor jack. Use a piece of sturdy plywood on top of the jack to keep things from getting too marred. 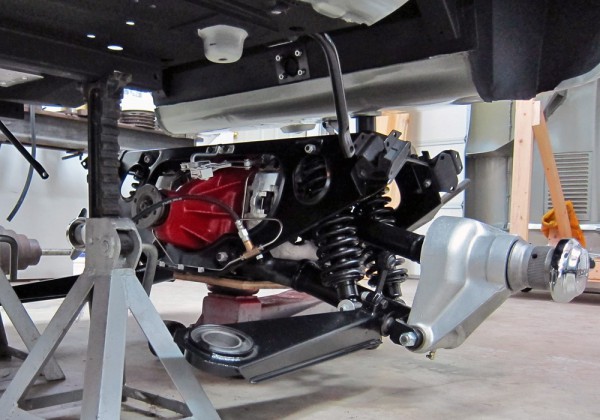 When I put the car down on axle stands, I should have gone about two inches lower. My jack had just enough throw to raise the suspension to the right height. 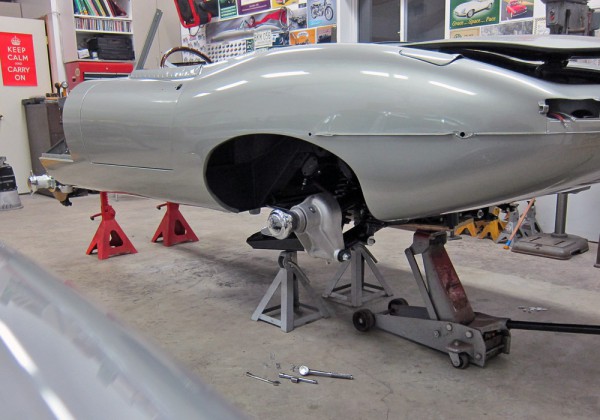 Early cars are a bother to work on compared to the later cars…Jaguar eventually realized the way you want to go about installing the rear axle is to bolt the rear mounts to the car, the fronts to the cage, and then raise it into place.

Early car cages do not have the elongated hole for the rear mount’s central stud which allows this to happen, so you have to attach all four mounts to the axle. These did not line up very well when raised into position (naturally!). I ended up removing the rear mounts (after sliding the bolts on the front mounts home) and then fiddling with the vertical height of the axle via the jack. I found I could just insert the rear mounts’ lower bolt on the car and just start the stud into the hole in the cage (doing the same on both sides simultaneously). Once raised to the right height, the other holes lines up. 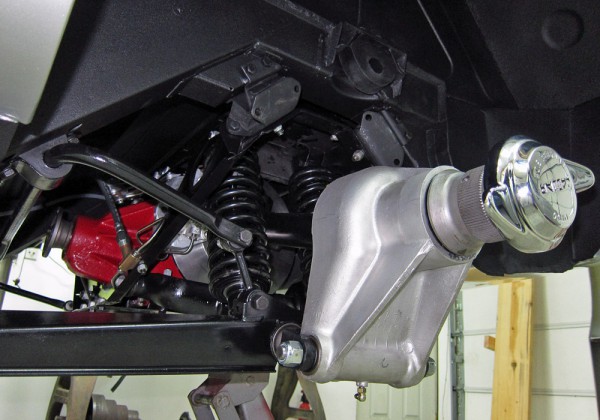 I’m not quite done. I have to put the packing pieces in place, and I have seven, not eight. I’ll make one from some brass stock, I think, as I don’t want to wait for a week to continue the project. And getting the nuts onto the rear mounts is going to be a vocabulary enlarger for any non-sailors in the area. Thankfully I have smallish hands and can just get them back up behind the cage, feeling like James Herriot tending an ailing bovine all the while. But that’s a task for tomorrow. The car, not the cow.