The Coffin They Carry You Off In

As a reward for years of yeoman service, I took a set of spare heads for the F250 into the machine shop today in preparation for FINALLY fixing the cracked exhaust manifolds. The day was mostly spent running Morgan errands, though: Dropping the body panels at the media blaster, the exhaust manifold at the coating specialist, picking up the chrome to ponder what to do after the chromer’s quote came in at an eye-watering level, dropping the axle to be straightened at the differential specialist, handing the kingpins (new bushings), carbs (new throttle shafts), and inlet manifold (aluminum welding) to the machine shop (along with the truck heads), and most of all collecting the World’s Largest Box, seen above, from the trucking company. 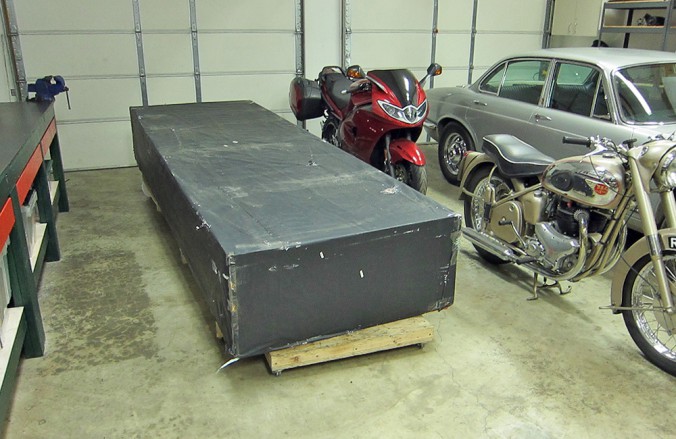 The box contains the new chassis from Ron Garner (Mad About Morgans), a nearly exact replica of the factory chassis. Above is the box after unloading it from the truck–said unloading an abject lesson is what it’s like to be in late-middle-age as opposed to indestructible youth. The box has survived the journey from Hull, Massachusetts in decent knick, with no obvious significant damage. 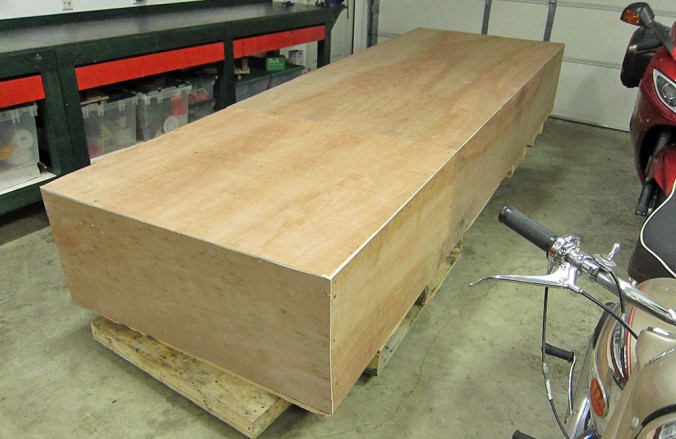 Once the storm proofing was removed, my future home is revealed, at least my likely one if the Morgan costs keep accruing as they have. It’s well built and I have yet to decide to whether to opt for plenty of room to lie down, but a low ceiling (think cheap US motel), or a tiny floor area, but really high ceiling (think nineteenth century German hotel). 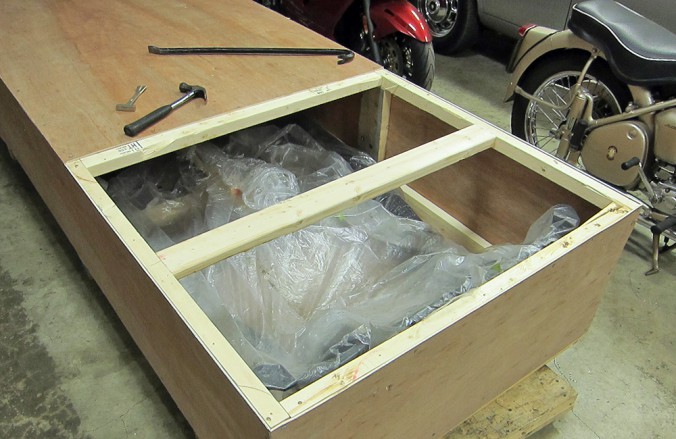 It’s going to take me awhile to get inside, given how well built the crate is, but the first panel removed shows the chassis to be undamaged, so hooray for that. 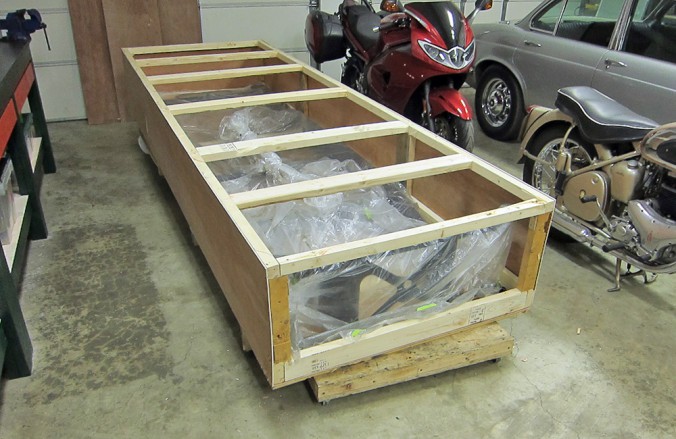 And this is where I have to leave off for tonight. I hope to have the chassis on stands by Sunday, and I’ll post pictures of it then. It’ll be exciting to have a large shiny piece to point to when asked about the car!