I’ve started on the wheel-arches, having re-sawn some of the very hard ash timber into 1/4″ thick, roughly three-inch-wide boards about six feet long. That will leave me plenty  of length to trim them to size.–though I’m sure I can mess that up! (I measured twice and it’s still too short!) 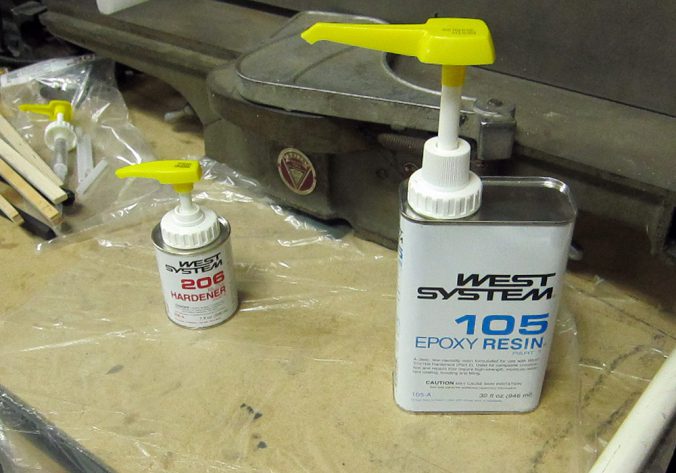 I’m using West System epoxy, on the advice of Ron Garner. It certainly has a nice metering setup and seemed to go on well. If it never sets up, I guess I’ll curse but I’m not expecting any trouble. Ron says it doesn’t penetrate ash very well, so its bond will end up being purely mechanical based on the surface of the boards. I roughed them with 80 grit paper, per the West guide’s recommendation. We’ll see. 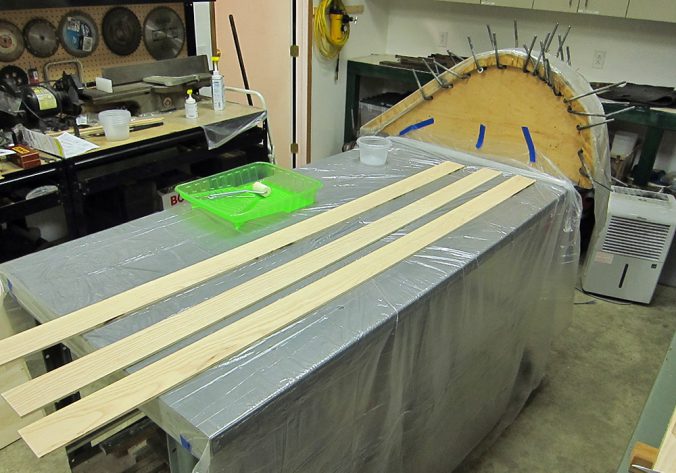 The three boards ready for epoxy, and my disposable paint tray, foam roller, and most-importantly, the form for laying the arches up, secured to the end of one of my rolling work tables. Everything is covered in plastic, which, in this form, the epoxy won’t stick to. 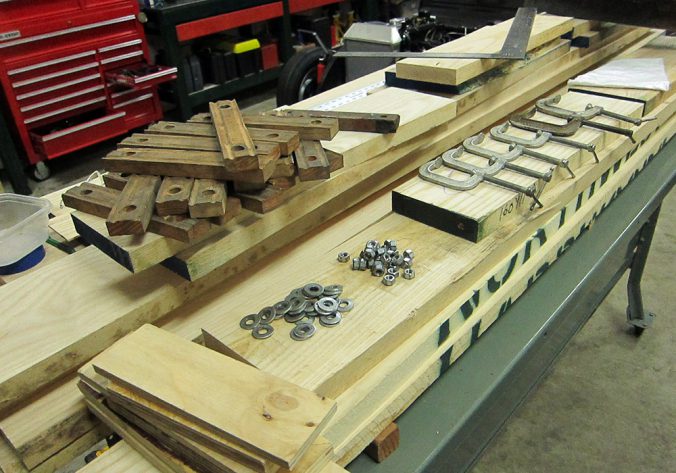 The all-thread “U”s on the form take the wooden blocks, washers and nuts. I have some scrap plywood to provide additional squeeze at the board ends. Larger clamps would be better! You can see in the lead shot I ended up using some larger clamps at either end. 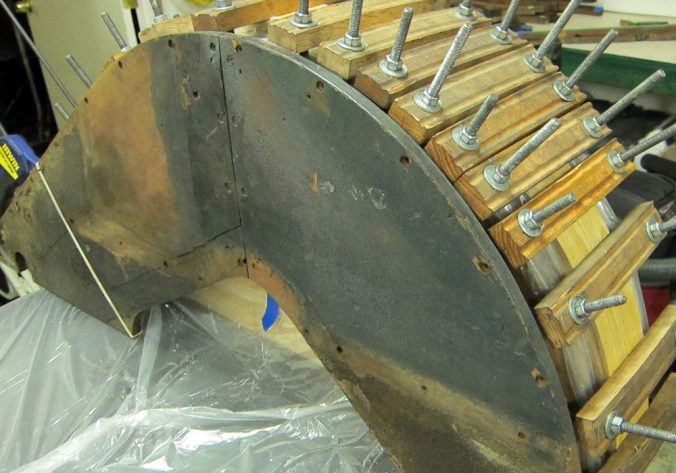 That’s my original inner-arch leaning against the form, with the laminated boards clamped into place. It’s a lot of work to get all the clamps on and tightened, a bit at a time, working around the form. The form is juuuust too narrow to be able to do two of these narrow arches at once. Probably ill-advised anyway. 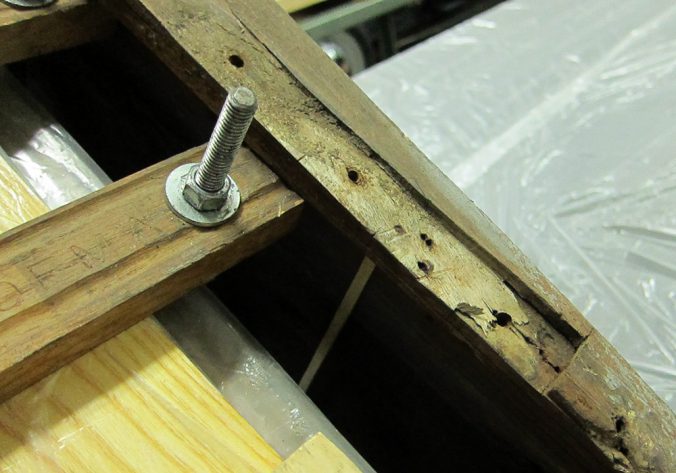 This is my old arch and the trickiest detail, if I want to try an mimic it…it’s where the “bustle” rail meets the arch. You can see it’s a tapered relief so the rail can flow into the shape of the arch. Most other restorations I’ve seen photos of use an extra tapered piece on top of the arch to blend the two together.

I’ll let the arch sit in the form for a couple of days, in the meantime I’ll see how poorly I can cut out the new inners from plywood, my freehand cutting skills being what they are!