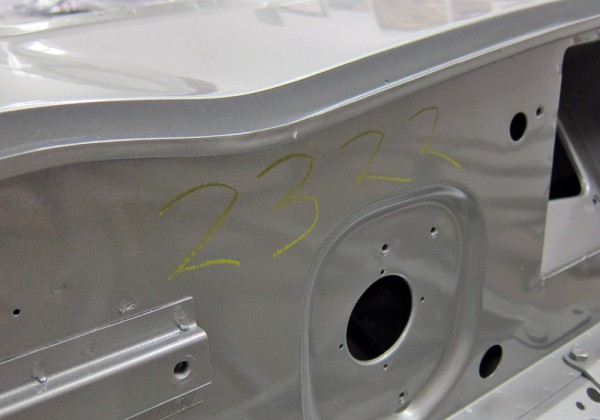 I’ve been blasting and painting those parts I didn’t prepare a decade ago, and sending off large orders to the various specialists, while I wait for the fasteners to come back from the platers. Above you can see my replica of the crayon body-number scrawled onto the body when the car was new. It’s pretty close to the original in appearance; I may have finally found my calling. 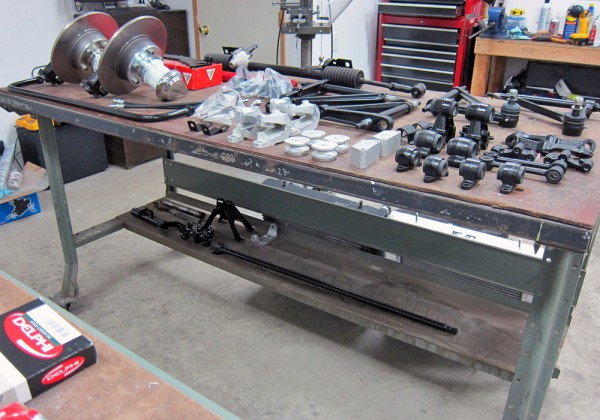 This is most of the front suspension ready to go back on the car. Some early cars had black-painted front suspension rather than cad plated, and I spent a lot of time looking at mine before coming to the conclusion that mine was painted. However, a couple of original cars on xkedata built about the same time as mine have cad plating…so who knows. It’s not incorrect as such, but I’m probably right up against when they stopped using black painted parts. 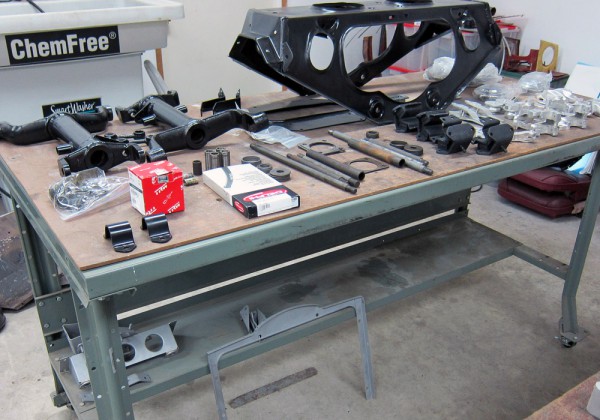 The machine shop still has a number of my rear axle pieces, including my diff, the half-shafts, radius arms and hubs. Not to mention all of my caliper pistons! Without fasteners it’s academic, but that’s the next batch of stuff I hope to take delivery of. 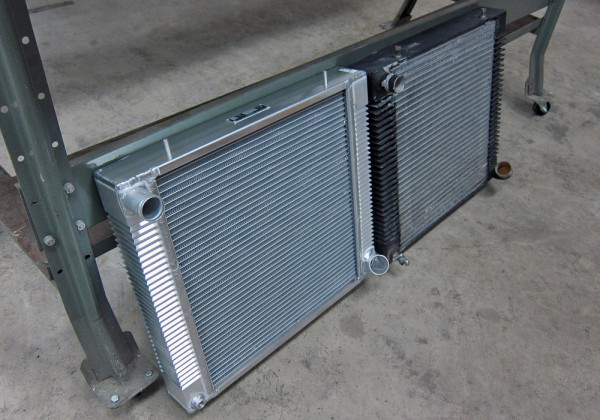 I received my new Coolcat radiator, and it’s beautiful. I have an original radiator for an early car (seen on the right) but it leaks and they cannot be repaired due to their construction. The replica “cheats” in that it’s a modern radiator with machined side-trim to replicate the look of the plate construction of the original. Once it’s painted black it should be reasonably convincing… 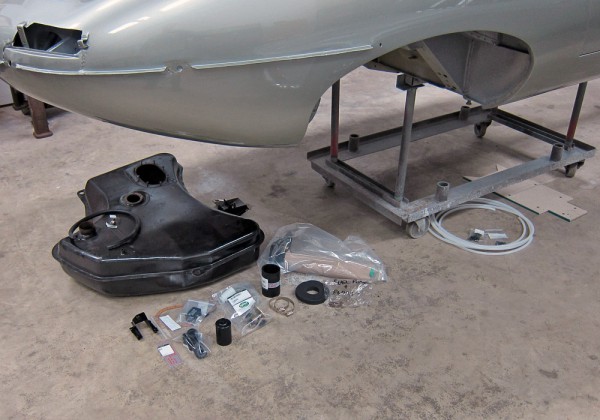 This is most of the fuel system, though I need to repaint the tank–it was spray bombed by the radiator shop that boiled it out (and repaired the rust damage) and it’s not the world’s greatest paint job. Tank is too big to fit in my blaster, so I’ll scuff it up and spray it. 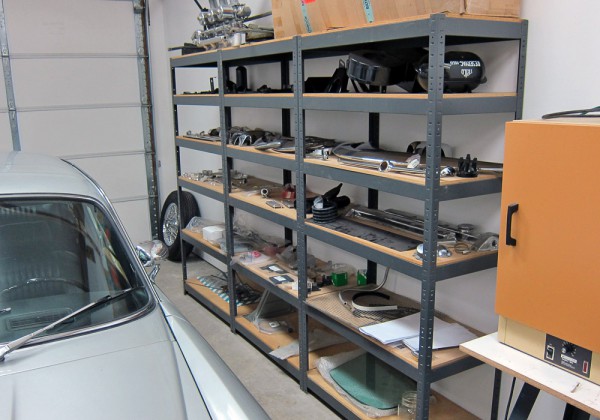 This is my shelf of “ready to go back on the car” bits. A friend gave me a set of Avon tires which I had mounted on the wheels; the tires are old and not really suitable for high speed use any longer, but they’ll enable me to put the car on the ground (eventually) and do some low-speed test drives. Probably in 2023, at this point! 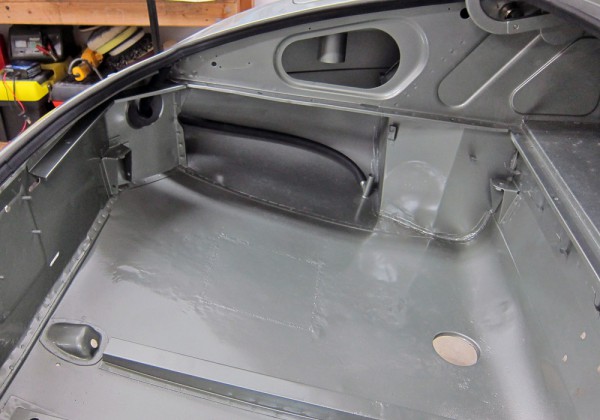 I did get one thing partially done, which was to put the drain hoses in the trunk…except for the one from the fuel filler, I ran out of hose! The square patch in the floor (which we didn’t dress as it’s hidden) was where a jute pad was placed under the tank. It rotted the floor and the bottom of the fuel tank. I’ll stick with the more modern closed-cell foam doughnut around the sump!