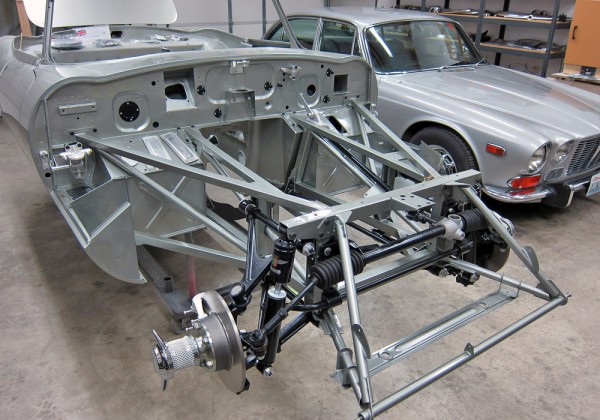 And you thought fitting the frames together was a challenge. Refitting the front suspension was genuinely difficult. Especially so because I put a couple of crucial pieces on backwards the first time. A cautionary tale within!

It’s probably common knowledge, but the lower front a-arms are sided–at a (quick, careless!) glance they look identical. Once I was through fighting that, things got a bit easier–however, I’m really good at taking off and putting on the front suspension of an E-Type now. Wish I wasn’t!

The bone-headed move aside, major tripping points were: 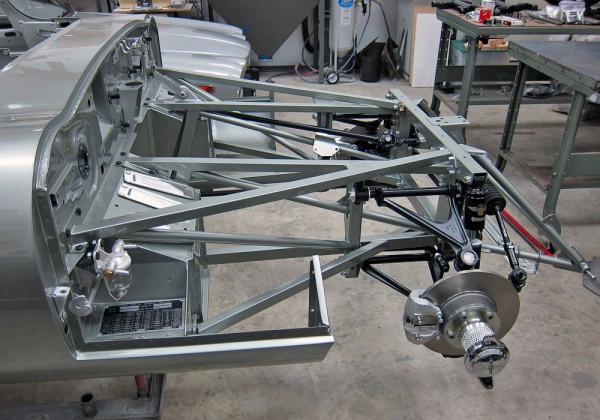 My mood was particularly black when I had the suspension completely reassembled, realized the a-arm issue–and that everything would have to come back off. How did such a silly blunder happen? I originally (rather casually) assembled them ten years ago (!) and I just bolted them to the car without checking my work.

With all the excitement, I added some wrench-rash to the frames; I’ve touched most of it in and it doesn’t look too bad. Once everything else is in place you’d have to be very picky to find where I nicked the paint. I hope.

This feels like a bit of progress. I need a few pieces for the steering column, and am waiting on rear axle machine work (as well as brake cylinders). I think I’m going to fiddle with the wiper motor next–and maybe try to drink enough to consider putting the fuel tank in!