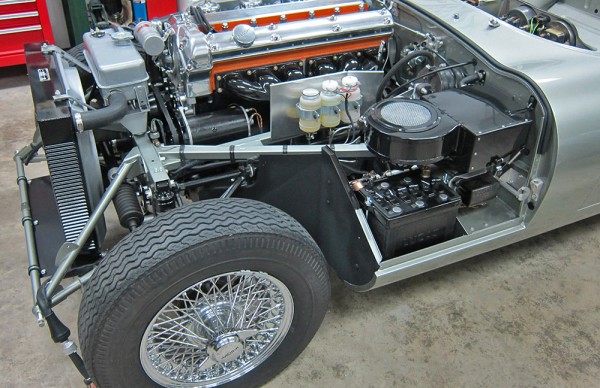 The “heater side” of the engine bay is fairly close to complete. As usual, fitting everything was a chore, and I don’t expect Eagle is worried about the competition, but it’s looking pretty good for what it is.

My list of yet-to-be-done engine bay tasks is down to: 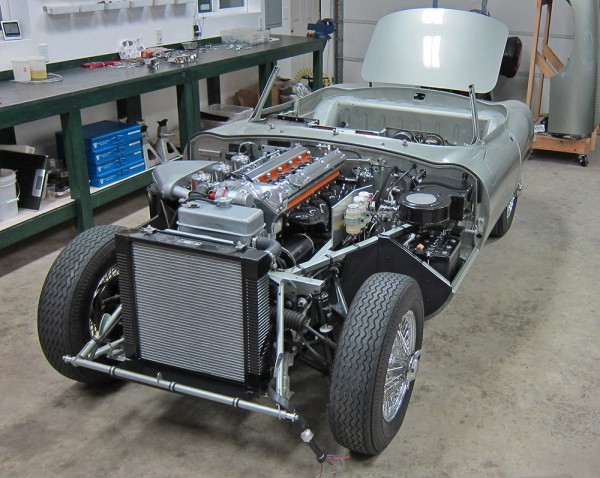 On the fluids front, I added engine oil, water (plain–no coolant–until I can see where it’s leaking; I’ll drain some later and add a couple gallons of coolant to get it to a 50/50 mix) and the clutch and front brakes are gravity-bled. I ran out of LMA hydraulic fluid, so it will be a bit before I have the rear brakes bled. I want to have brakes before starting the car so I can trundle around in it.

So far, I have the following remedial engine-room tasks:

Outside of the engine room, but before initially firing the motor (hopefully it will start, and hopefully no literal fire!), I need to:

My grouchiness aside, I’m close to the point where we can see if it runs. And then it can really leak in earnest, and things can annoyingly rattle, and maybe there can be exposed some mechanical faults which require complex and expensive fixing…

I note my car is sitting dead level, but about an inch or two high. The interior isn’t installed and bonnet isn’t on (and fatso isn’t driving), so it will be interesting to see how much it settles. The fact that it’s level is fairly reassuring, and too high is better than too low. Cars settle, they don’t rise, with use. We will hope!