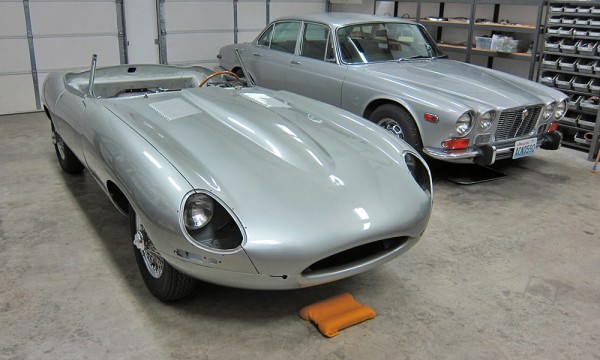 I guess I missed a post in here about getting the car running for the first time since the mid-1980s (!), but I’ve been so busy I’m surprised I even remember it happening. I’ll try to put that post together at some point soon.

In the meantime, I got the bonnet on tonight as I took a few minutes to do something other than stare at a computer screen. Below is how I did it–by myself. As expected from the epic struggle with the engine frames, it doesn’t quite fit right. The right side looks OK, but the left side is in about 3/8″ at the back, and is probably in need of a similar amount of movement forward. I might try my hand at adding a shim–it would be nice to be able to latch it! 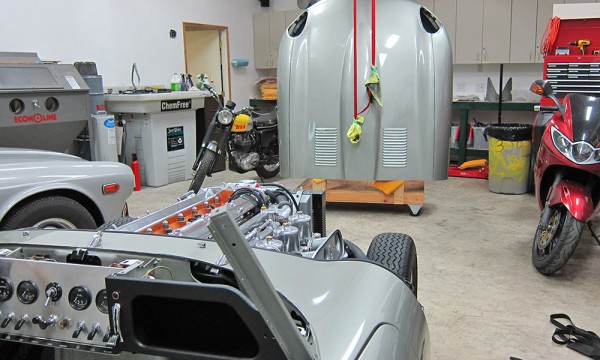 Bonnet is on its storage cart, where it has lived for the last year or so. I have a strap hanging from the rafter, whose use you’ll see in a moment. 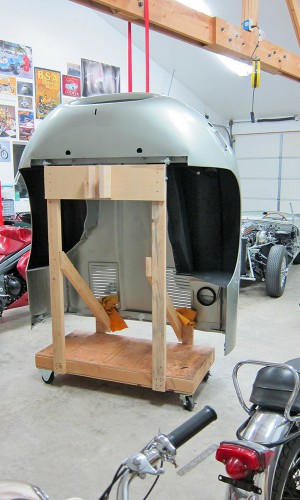 Back side of the cart, where I have… 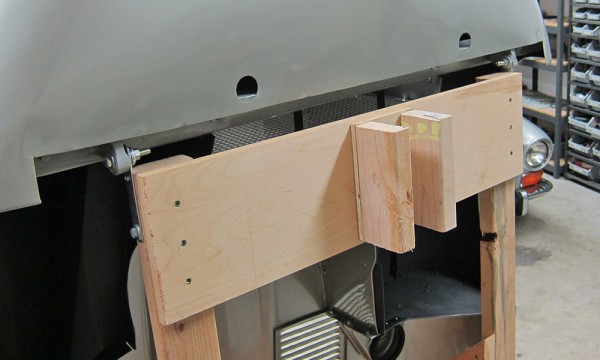 …added a sophisticated spacer which will allow me to lay the cart flat and still get a jack under the front of the bonnet. (I did lay this spacer down onto a metal box about 4″ high, so the above is a bit of a lie–but what are you going to do?) 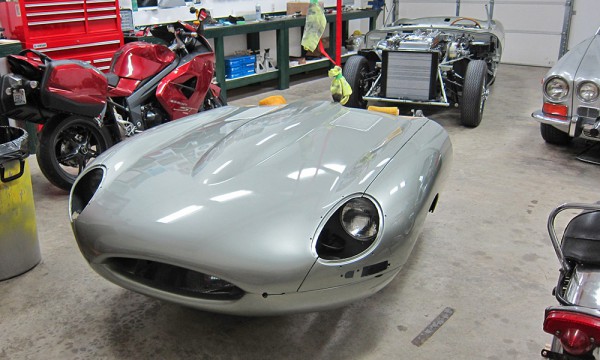 I’ve just laid it down. Not too difficult, the weight is very manageable. 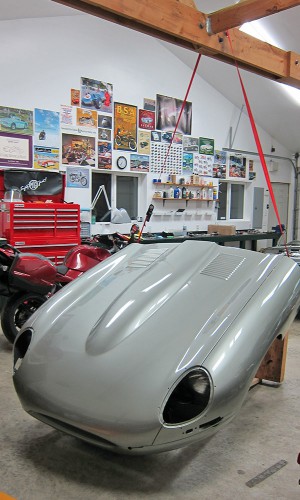 And here’s the strap in use, hung over the rafter and hooked to the bonnet locking points. I’ve raised the back of the bonnet just enough to roll the car under so the tires clear the inner wheel wells. The bonnet is still attached to the cart at this point–that’s important, as once the cart is gone it would be very hard to put this strap in place without inviting disaster (ie, the bonnet falling off the jack!). 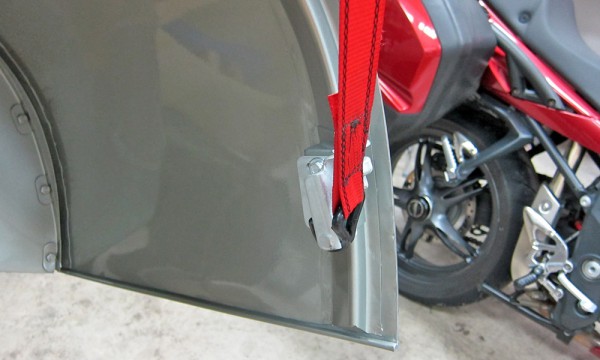 You can see this particular strap nicely engages the bonnet locks. 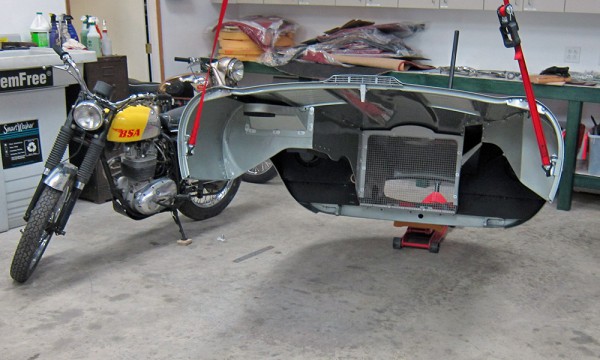 The cart has been removed. At this point, you have to be careful as the front is only being held in place by gravity, and the strap is not secured to the rafter, so it can slip from side to side, allowing the bonnet to tip. I made a soft pad for my floor jack to protect the bonnet (see the first photo in this post), but if you knocked against the bonnet from the side, you might push it off.

But all we have to do is carefully raise it to match the height of the hinge points on the car, so the danger is just something to be aware of, not necessarily imminent! 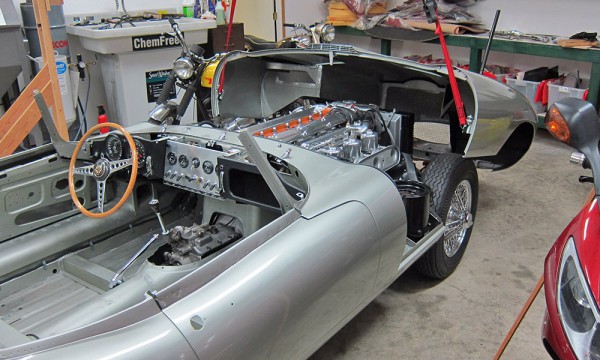 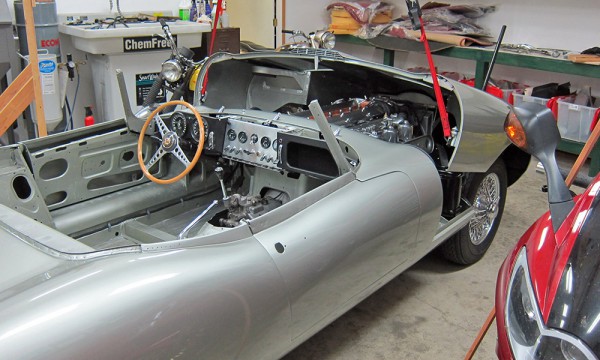 Lined up and ready for hinge pins… 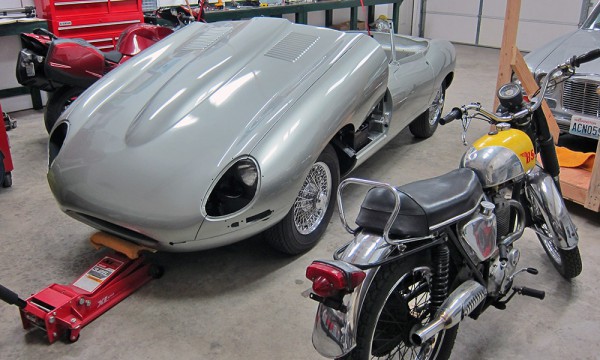 …which were quickly installed. The bonnet is on! But don’t let it crash down in back when you remove the strap, and don’t let the paint at the front touch the ground, which it will do if you let it go all the way forward. I re-used my jack pad as floor protection. 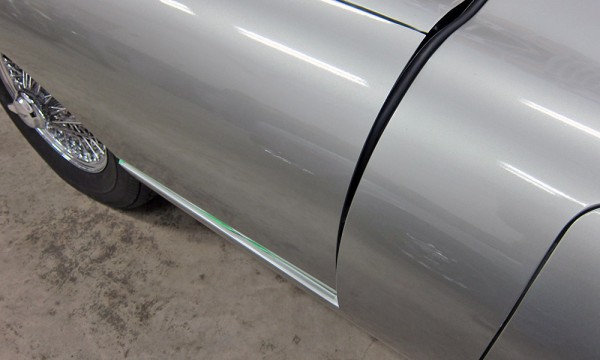 AfterÂ  my struggle with the engine frames, I’m not surprised the bonnet needs adjusting. You can (sort of) see it’s a bit too far back… 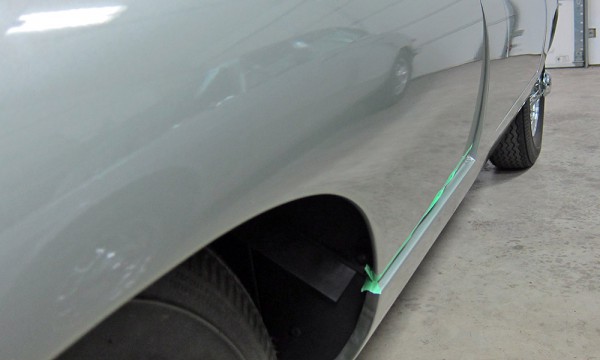 …and a bit too far in. I think a shim under the front of the hinge will (maybe?) get it back to where it should be. It’s a bit hard to tell if the bonnet is also off vertically on this side, won’t really know until the alignment in this plane is closer. 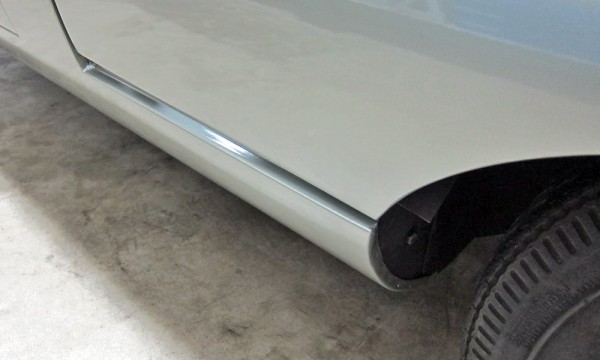 It’s hard to tell here, but the passenger side actually looks pretty good. Anyway, I’m out of time, so I’ll abruptly sign off here!