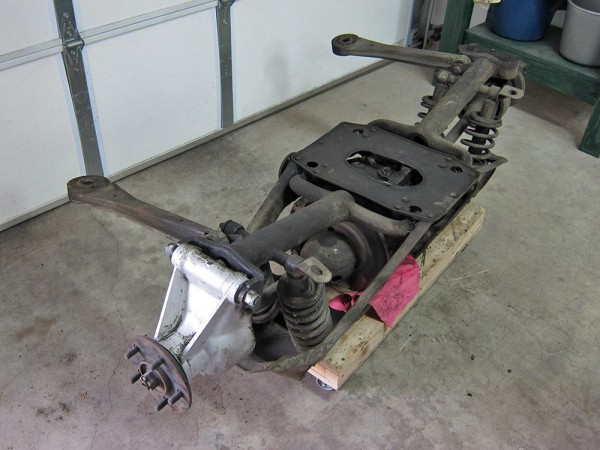 While I was going to wait until later in the year to do needed work on the XJ6 rear suspension, my hand has been forced: the bodged exhaust system wouldn’t allow the rear brakes to be bled, and had to be sawz-alled off. And with the exhaust off, taking care of the numerous issues in the back makes sense now.

More on the rear suspension work in a future post, but in the meantime, I thought I’d share a trick for removing the radius arms, which more often than not have become one with their mounts on the body. 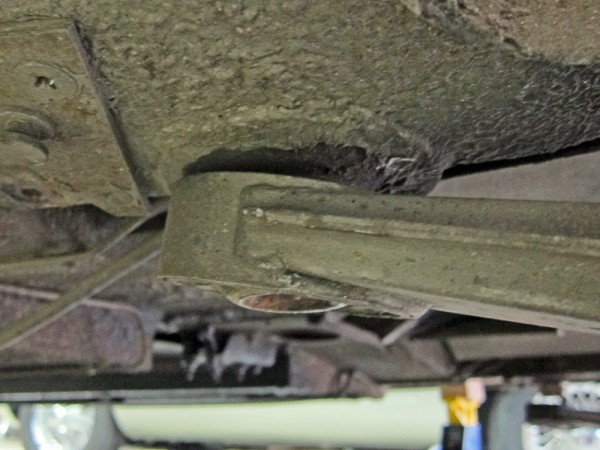 If you’ve had to work on a Jaguar IRS, especially one which hasn’t been off the car in awhile, the radius arms are usually stuck fast to the body, like the ones on this car were. And because they’re rubber-isolated, pounding on them doesn’t do anything useful, however cathartic it might be. The trick shown here will have them off quickly with very little effort.

The genesis of this trick was reading a tech tip about using a “rolling wedge” to pop the cursed items free, which looks like an awesome way to approach this…except I don’t have a rolling wedge. So I thought…what do I have with that shape that might be tough enough to work? 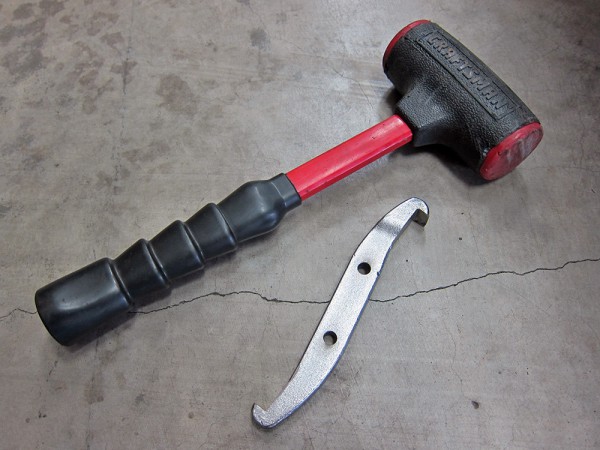 The answer: one arm of a typical two-arm bearing puller, shown here next to a dead-blow hammer, which I will be using along with the puller arm to dispence justice. 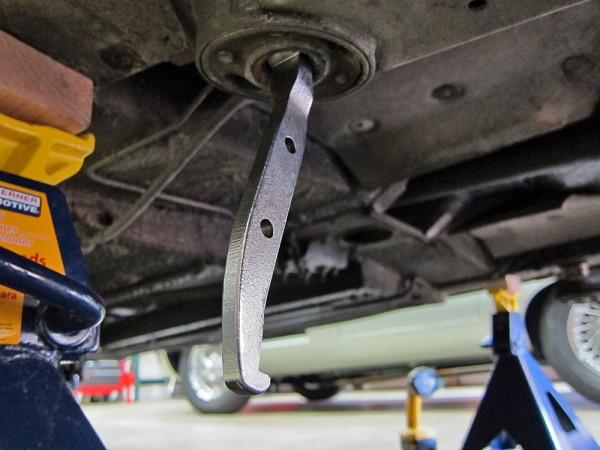 Here I’ve inserted the wide end into the gap between the arm and the body mount. Once it’s in, put a little pressure on it with your non-hammering hand to keep it in place if needed, and whack it sharply on the “hook” side with the hammer, near the bottom for maximum leverage. Try not to hit your hand. (In this case, the non-hole side you can see is the side I hit, if that helps make it clear…hammer was swung from outside towards center of the car.) 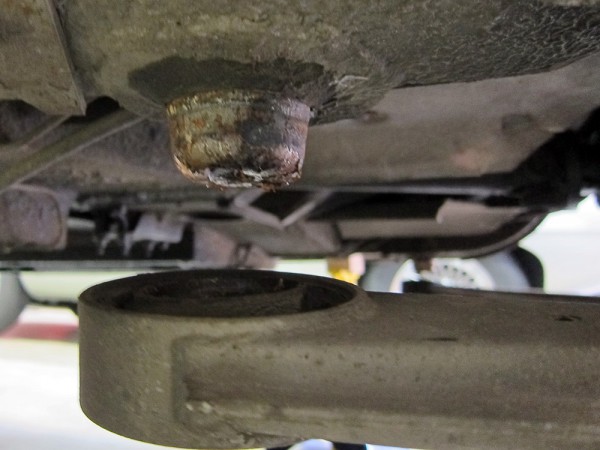 And there we have the results–you can see why it was stuck fast. On the other side, a single blow with the hammer popped the arm free. On this side, I had to hit it three times.

When you put it back together (after cleaning up the mount, of course), consider putting some anti-sieze on it. The safety-wired bolt keeps it in place, the radius arm does not rely on “taper” friction to function, and if you (or the next person) has to take it off again, you’ll be happy you used the goop.