I took two weeks to ride the Triumph down to Utah to see Bryce Canyon and environs, including Hell’s Canyon on the way back home, so progress on the Morgan, such as it is at the best of times, has been slow. But as you can see, I’m moving towards the front. 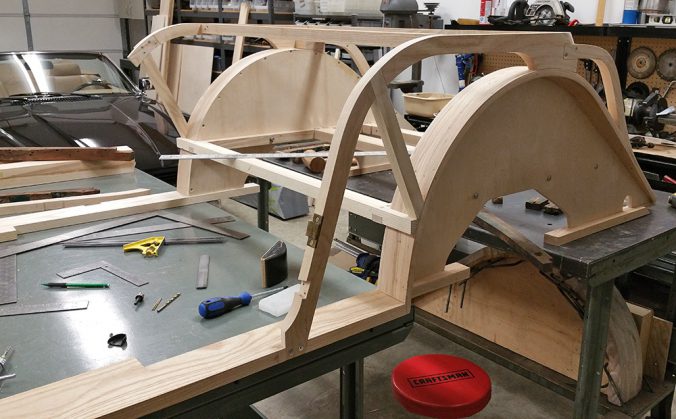 Have I mentioned recently how much I despise brass screws? If I was brighter, I would have continued my machine-screws-into-tapped-holes methodology for the small screws holding the cup and latch to the door post, but…alas. I, of course, despite (apparently insufficient) care, broke a screw off when putting the small metal cup on. So now I get to deal with that.

You can see I made a mistake in positioning the door post, hence the glued in block in the sill board in front of it. And better yet, I then mistook the glue line for a pencil line and, with no-brain-engagement, ran the front of the repair through the table saw. So there is actually another, kerf-thick, repair in front of the block. They shouldn’t allow me to do this stuff. 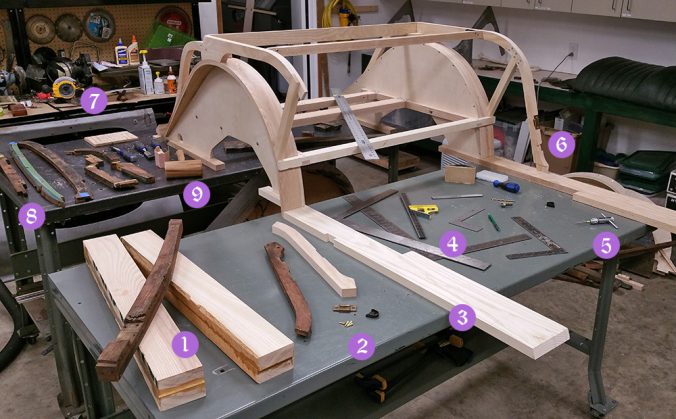 Some notes on the opening photo…and, yea, verily, those are all-new sill boards. 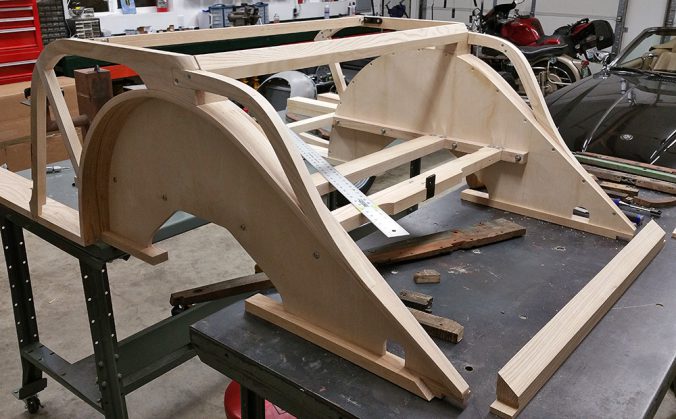 This is an experiment, because why not? The rear of the car is fairly fragile, and especially with spare tires potentially banging against the lower edge of the bodywork as they’re returned to the machine, I’d like as much strength back here as possible. That said, I don’t think this tall of a return on the rear cross-member is likely to make it onto the car.

But, as I keep having to remind myself, it’s easy to cut stuff away, not so easy to add it back, so it’s worth looking at the idea before turning the bad parts of the idea into sawdust.