My Feet Aren’t Even That Big

The worst part of driving this car home (aside from the sheer terror as I realized what a rolling wreck it was), was that I absolutely could not get my foot past the brake pedal to the accelerator, and vice-versa. It was worse than no brakes, really. Today I decided to fix that problem with what seems to be an effective, if Frankensteinian, bodge.

My transmission tunnel was beat to heck anyway, and while I hammered it out to its original shape awhile ago, it could not be squeezed to a narrower profile as is. You can see I slit the tunnel from the front to the handbrake opening, made two vertical slits and matching slits in the mounting flange, and spent the afternoon with a hammer, dollies and rivet gun. 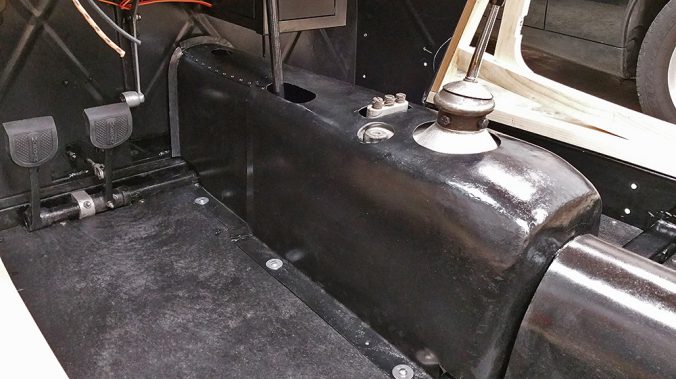 Above is a photo of it installed in the car. And below is my ye olde shoppe shoe, with a half inch of clearance to either side: 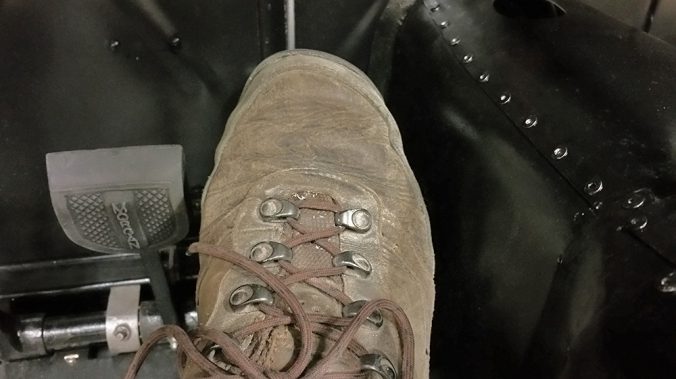 Some of that will be taken back by the cover, but not even half an inch. Without having driven the car, it looks to be a successful bodge which will make driving this much more fun. 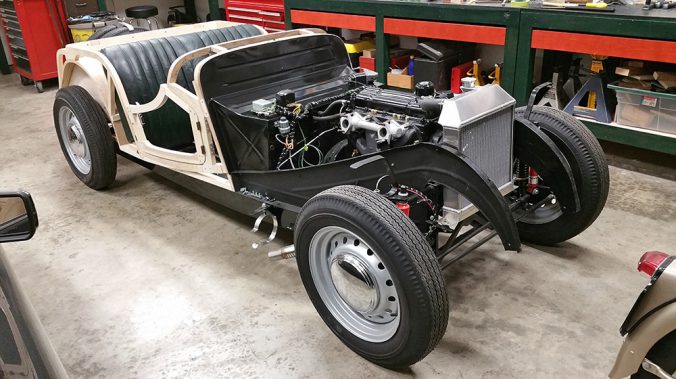 As usual, making the second item, in this car the driver’s door, is proving to be harder than the first. 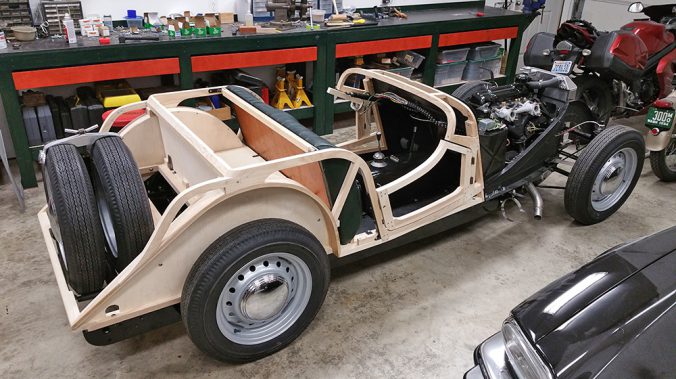