The fuel tank, which has at times felt like a project on par with the entire car, is installed, finally. And I fixed the sending unit for the gauge, if you want to call my repair “fixing” rather than “bodging”. 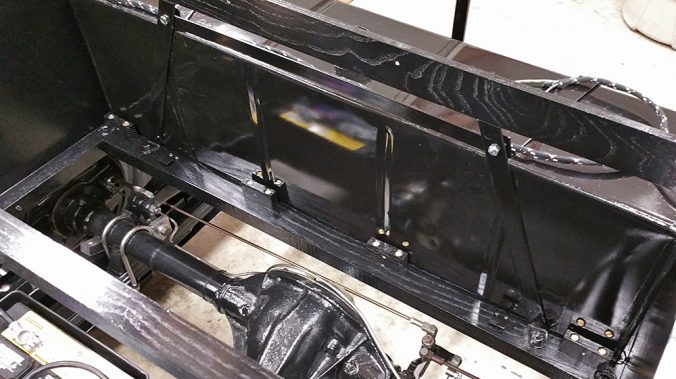 You can see the method I decided upon for securing the tank, as the original mounts had broken off and there was no way anything was getting clean enough to solder them back on successfully. (I re-used the original locations in the wood.)

I opted to angle the straps, as “straight” straps would have directly encountered the fuel pickup on the left side. Plus, I figure that they might help squeeze the tank a bit right where the baffles are, though it’s doubtful that actually happens. Sounds nice, anyway.

On the side which faces the front of the car, I ran metal strapping diagonally up to the wood cross piece, and cross-connected those two pieces just in case the straps, due to their angle, might exert upwards and outwards pressure. On the side facing the back, I simply (hah!) shaped a couple of pieces to meet the other straps.

In all, it took a day, and of course neither my straps nor the tank is perfectly symmetrical, but it’s secure and definitely isn’t going anywhere. 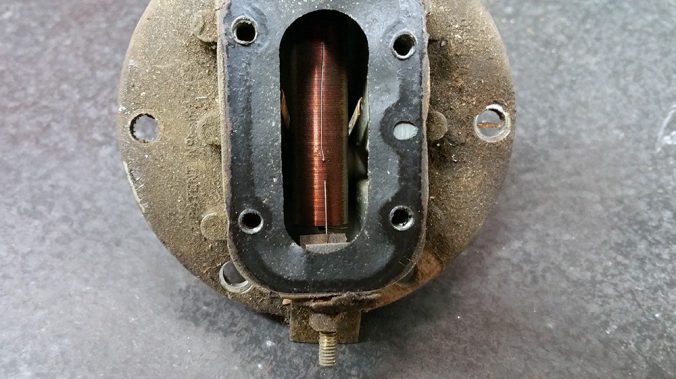 How many times have I seen this on a fuel sending unit?

I can honestly say I’ve not seen this elegant bit of engineering, involving a loop of wire made from a couple of strands of copper braided together: 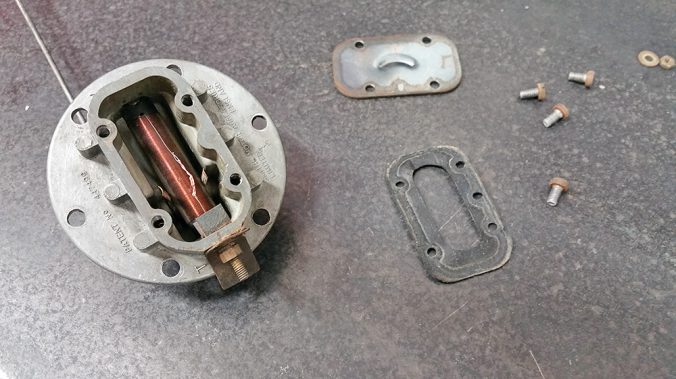 The above illustrates cut-rate versions of “elegant” and “engineering”. But that said, with a good shot of electrical contact cleaning spray and a bit o judicious squeezing of the sliding contacts, the thing works now. I opted to not use any solder because with me at the helm of the iron it would just lead to disaster.

Hopefully the float is still a float!

I do wonder what caused the old unit to melt the wire, though…can their possibly be that much juice going through this? Having said that, sure, since in true British fashion, almost everything in the car is protected by a single 35-amp fuse. The car has two fuses, but one is connected solely to the horns.

Everything else that is “protected” is through the remaining fuse. The Mini probably has more fuses protecting the mirrors!