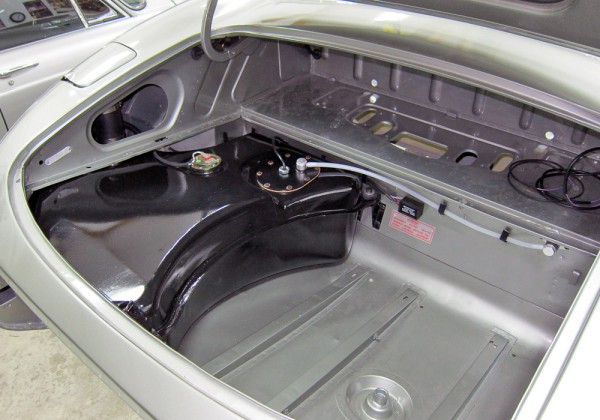 If you’ve never had the pleasure, putting the fuel tank back in an E-Type is a genuine challenge, especially if you want things to have paint on them when you’re done. There’s only one very exact position it will “slide” into place (if you define sliding as one of the labors of Hercules). In any case, it’s done, with the new in-tank fuel pump and sender as well.

One of the things you note when putting a car back together from scratch is just how many places there are for fluids to leak from.

Up front, I have a few more things in place, and the start of the wiring and brake lines. I rewired the wiper motor and restored its finish, but as I never ran the car I have no idea if it was working when it came out. It looked OK, not exactly the test of choice for electrical equipment. Friends have told me you can bench test it, but my manual offers no help there. I’ll see what I can figure out.

Though we’re doing better than the BSA as far as reproduction parts not always being absolute junk, there have been a few disappointments. I had to rewire the wiper motor twice; in my efforts to be as “original” as possible, I used braided cloth wire which proved too thick to exit the motor housing. (The wire I used is still correctly colored but a slightly later type. It’ll be fine.) The cable from a specialist which runs from the solenoid to the starter is at least a foot too short. One of the connecting tabs on the solenoid itself is the wrong type. The clutch line kit turns out to be of a later type (which will work fine), and it seems you cannot get the early style. So it goes. 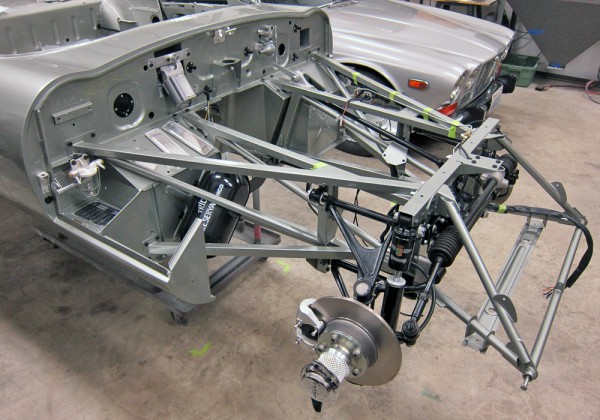 “It’ll be fine” becomes a mantra the further you get into a project. You start out with the intention of doing everything exactly correct and at the end you’re more about getting it done and in one piece than chasing every tiny detail; though I still fret about everything, these days I will (eventually) compromise.

A friend assembled his E-Type using hardware he could find at the local Lowes, and while I was horrified at the time, I can sure see the appeal: Take the two bolts which hold the heater valve in place. They’re a size not even specialist fastener people can get these days, and one of mine was missing. I ended up using two stainless screws of the right length and pitch, but they should be tiny little bolts, not screws. If this was someone else’s car I might even snottily say “those should be tiny little bolts, of a size not oft seen these days!” Though I hope I’m not really that much of a prat.

(I suppose I can hunt for a used tiny little bolt from a wrecked E-Type at some point, but it’s something only the most dedicated would notice. Still, it bothers me. A bit.) 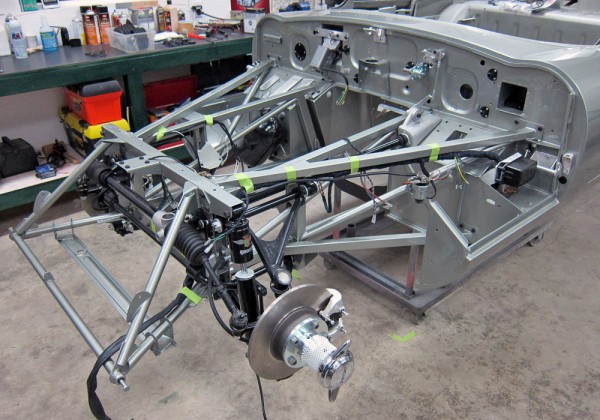 You also can see why some businesses specialize in “improved” E-Types rather than “totally original restorations”. It would be much easier to put a car back together with a complete new bolt package, etc.–don’t sweat the tiny “concours” details and instead spend time on fit, finish and making things work well.