What would take a pro a couple of afternoons has taken me a month of spare time, but I have most of the interior installed. I only have a few very minor visible mistakes–and I think they’ll be fairly invisible once the seats are in. 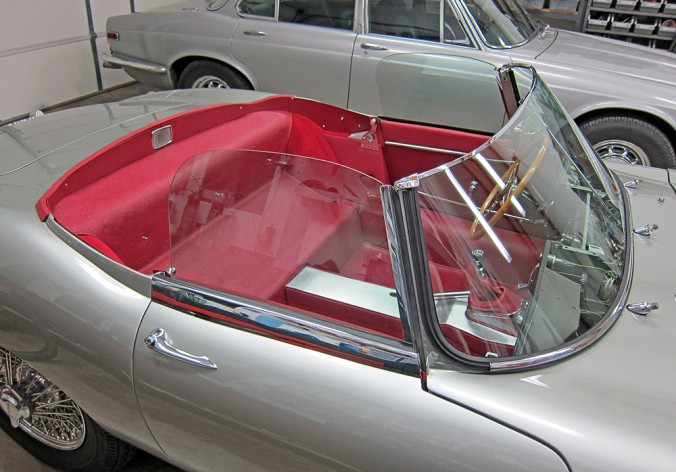 I still have to do the “A” posts, which will be super-nasty as they have have a reversed shape which is going to make avoiding a wrinkle very difficult (maybe impossible for yours truly).

This is a BAS kit from the early 2000s, and generally it’s been OK. The professional who is doing the seats is not impressed with the lack of care taken with the grain alignment in the seat kits (which makes some sense, as the big kit manufacturers want to maximize the use of hides), and I’ve been puzzled by a few of the things in this kit, but, overall, it’s been about as expected.

The way Jaguar decided to attach the upper door trim chrome strips on these early cars is totally for the birds. Plus apparently the correct-length strips have been “inventory rationalized” out of production, and the strips you can get these days are about 5/8″ too short.

One of the most frustrating things I had to deal with was the beading on the center console. One thing I found that helped a lot (and, of course I hit on it too late to help except for on the very last bit): 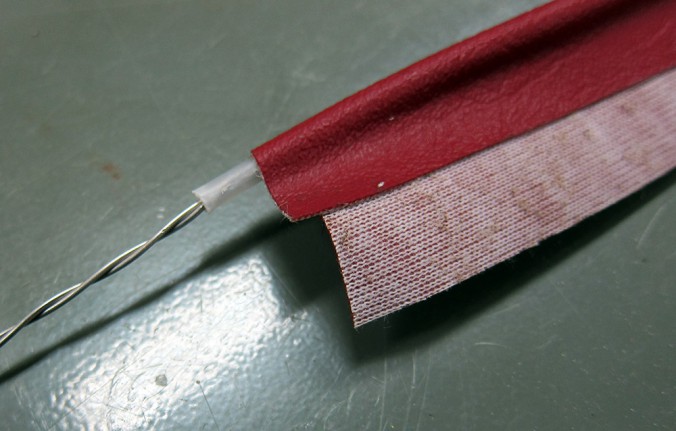 Run some wire down the center of the hollow nylon cord inside the beading. This allows you to pre-shape the trim to match where it’s going to go; otherwise, it’s a nightmare to try and reign it in. Since my beading was also falling apart, I took the opportunity to re-glue it with much more overlap on one side, make it easier to secure to the console. 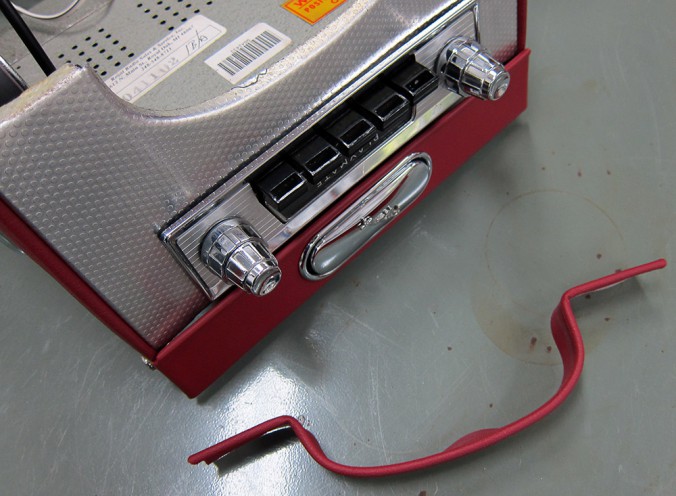 Remaining tasks include the aforementioned a-post trims, under-dash panels, dash top (a huge pain since I cannot use one of the normal kits for this early car with its skinny dash), door seals, top frame restoration, top replacement, bumper hanging, and hardtop restoration. Plus I will be replacing the torsion bars, the driver’s one has dropped 3/4″ and as these are the original bars, after 54 years it’s probably time.