Aside from putting the window seals on the driver’s side and buying another front trim strip to replace the one I just ruined (because, surprise, surprise, it doesn’t fit quite right and kinked while I was adjusting it), the top is mostly done. 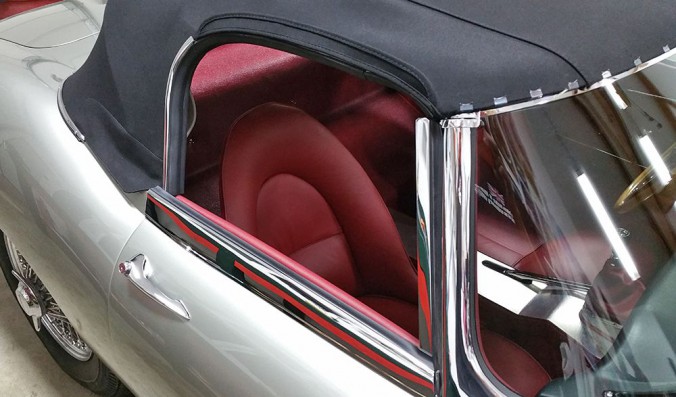 I think I did a fair job, though this top has a couple of sewing errors which dictated some compromises. One is a dip right above the center of the rear window (which forced the rear bow down a bit), and the other is where the reinforcement “pad” is sewn right above the driver’s window (which just looks less than stellar).

I would guess all-told it took me 60 hours to install this, as I essentially did it several times. That includes the time spent on the frame, about 20 hours. I probably stapled and pulled more than 100 staples at the back, and the front clips have all been on and off numerous times. 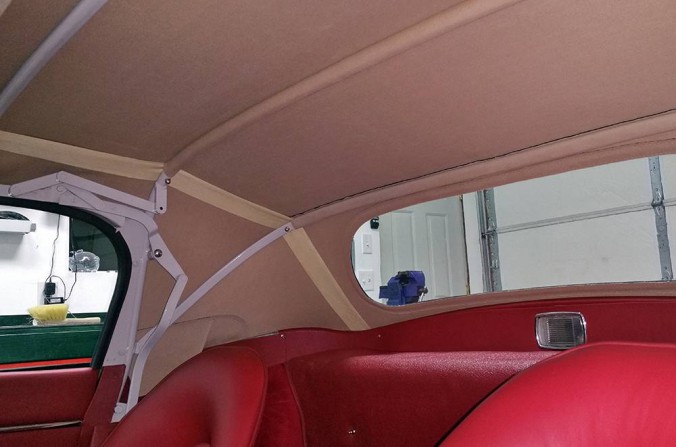 The reproduction rear chrome strip was a bear to fit, as well, and I probably need to take it off again to do some minor adjustments. Did I mention the reproduction latches I bought don’t actually work? In all, it’s about $500 worth of literal crap in chrome trim just on the top, and I have to buy the front trim strip again (my original fits much better but is way too dinged around to use, alas). 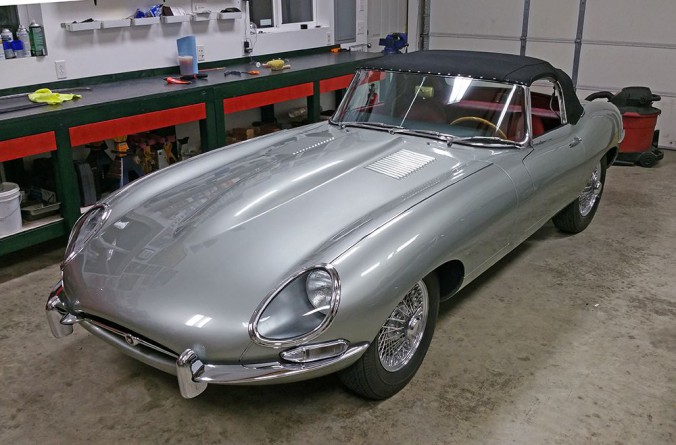 I need to reconfigure the b-post trim as I installed it without the frame on the car and it interferes with it, just a bit (it’s loose on there now). I’m hoping the boot cover fits as advertised…I just need to put lift-the-dots where the straps intersect the studs on the car.

I do have to take the passenger door apart again (third time? fourth time?) to adjust the window and see if it can fit just a wee bit better. After that, once the rear bumpers are back and installed, and road testing is completed, this car is ready to be sold.