Note: I’ve been really ill for almost three weeks…and that, combined with the holidays and ongoing “life events” has meant not having had a lot of time to devote to the Morgan or just about anything else.

Talk about maddening. The new tool tray, which I’ve been waiting months for, is the wrong one. So I decided to just make new side panels for the original, to match the new firewall. Took only a weekend, the first real work after three weeks lying in bed coughing my larynx out. 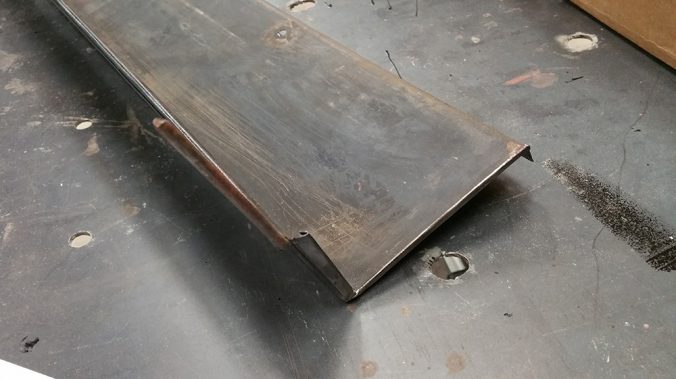 The original tray’s sides are held in place by crimps, which are at 90 degrees to each other. This makes it nigh-on impossible to get them apart without violence, which I resorted to, of course. After brutally cutting the panels with snips to the corner where the two crimps meet, the panel remains could be removed. You can see the result, above. 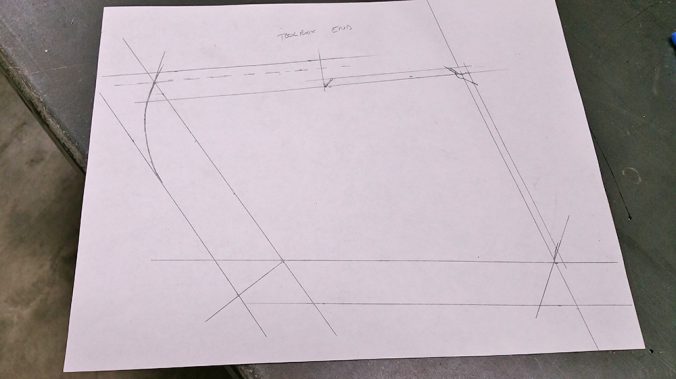 I created this paper template of what the new panels needed to look like after some on-car eyeballing and folded-paper roughs. 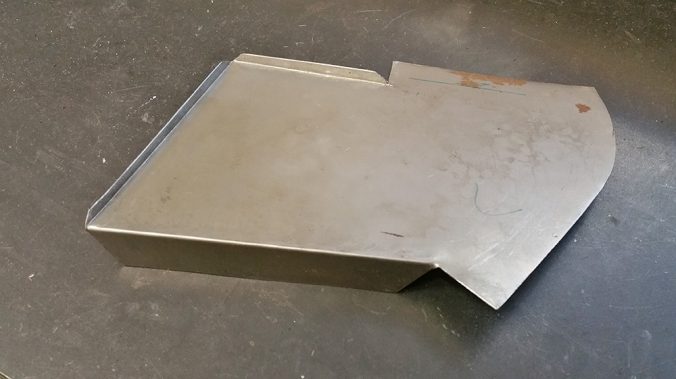 Here is a partially-folded panel. The short guys are the crimps, the other already-folded bit presses down against the matting on the inside of the tray. The crimps were done like this: the long one was folded over completely, while the short one was only just started in the down position. On the tray, the long crimp there was left alone, but the short one was opened to just over 90 degrees.

Assembly involved sliding the long crimp together, using some pliers to get the top crimp with both the tray and the side panel barely engaged, and then using a drift and hammer to close the crimp again. 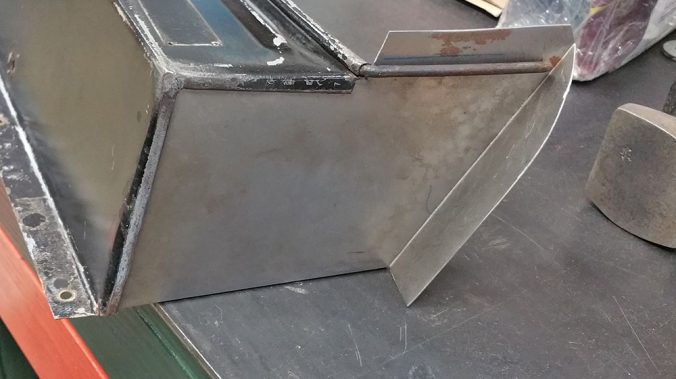 Here’s the new panel partially installed; the crimps have been crimped, but the top has not yet been rolled around the rod. 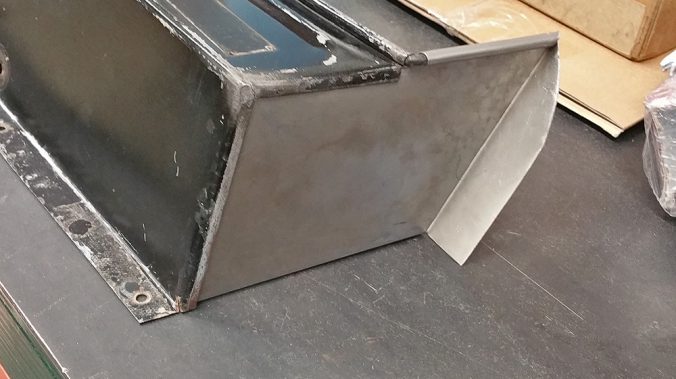 And here it has been rolled…you’ll also notice the return has been shortened to match. 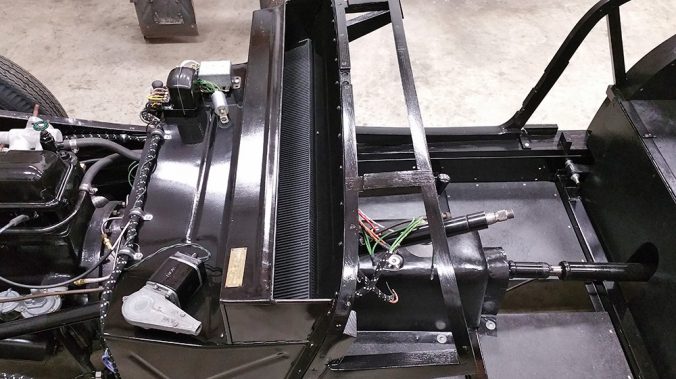 And here the tray is installed. The paint on this is just OK; I wanted to preserve the decal on the front, so did not completely blast the tray before painting it. There is a bit of fish-eye on one corner and evidence of runs in the original paint elsewhere, but overall it’s OK and it’s nice to have most of the original piece back on the car, complete with Fergus Motors plaque and engine number stamped on the flange.