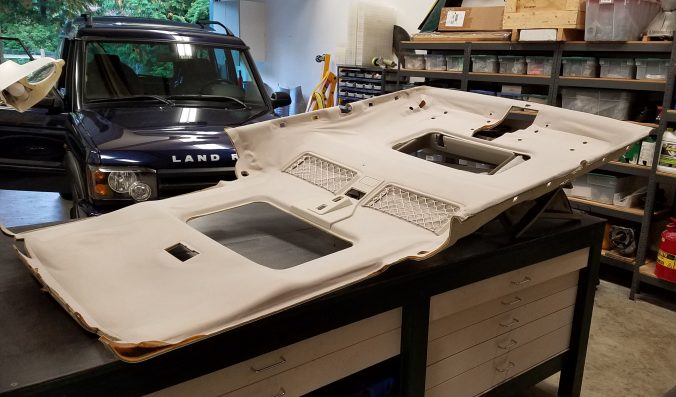 The disco leaks when it rains, as I discovered today, so I thought I’d drop the headliner out to see what the source was. I had a pretty good idea it would be the sunroof, and I was right. I wanted to re-do the headliner anyway, so I’ll order the material today. I think I’ll just go with the original gray, not a fan of black headliners.

It took about an hour or two to get the headliner out. Thankfully the board itself is the only thing covered by fabric; on the XJ6, there were a bunch of small trim panels covered by the headliner as well and that took some time.

I’m thinking about how to repair this. I believe LR only offers the entire sunroof pan, at $3.7 million, new. I’ll probably try epoxying in a metal replacement tube, but this kind of plastic is really unhappy about being glued and it tends to fail. So…I’ll put the thinking cap on.

Roof Repair at the Disco

3-D Printing for Neither Fun nor Profit