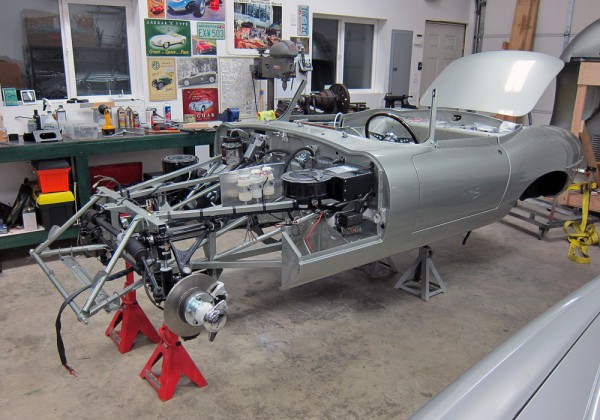 I took the car off the cart it’s been sitting on for a decade tonight, and it’s now on jack stands…sort of. (I had this same issue with my red FHC years ago!) The car is only touching three of the four stands. I wouldn’t be surprised if the floor is uneven; I also wouldn’t be surprised if the car is uneven. I suspect the car is just pretty stiff. It also doesn’t have a lot of heavy components attached yet, which might make it more inclined to flex onto the stands. 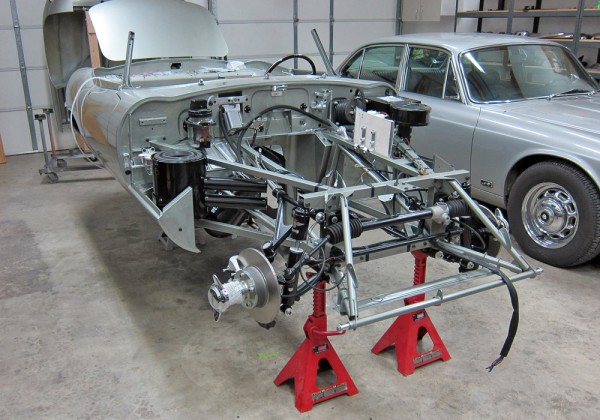 I have a few more pieces attached, including the heater box and air cleaner. Sadly, I think I’m going to have to remove the air cleaner can and redo it; there is a small denty area which was undetectable in the raw metal but which happily shows itself when coated with glossy paint. (If it was on the inside I wouldn’t care too much, but it’s right out on the side everyone can see. Maybe I need to add some stickers.) 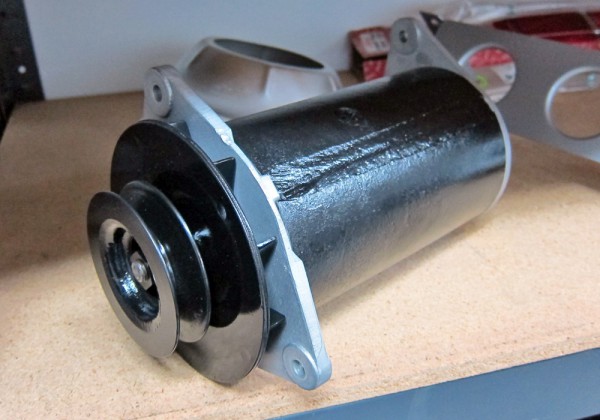 I also rebuilt the generator, which was more involved than it should have been. First, one of the long bolts broke when disassembling it, and they cannot be found (I borrowed one from a friend, and have to find him a replacement at some point). Second, the rear bronze bush isn’t listed any longer…I found a NOS one on eBay, thankfully. Other than that it was simply a clean and paint job. These units rarely go bad, so I’m hopeful with the new bearings it will chug right along. 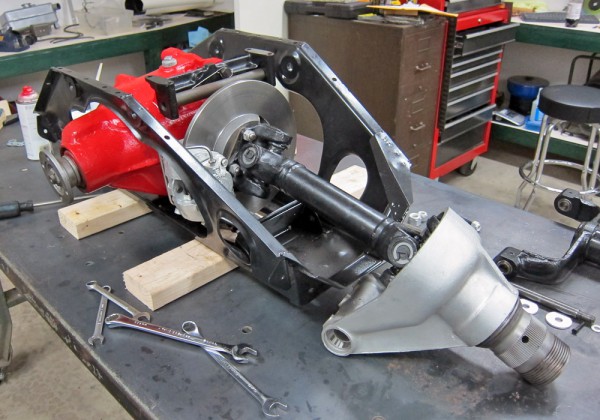 I’ve also started on the rear axle. I’m waiting for a few seals and a bolt from XKs Unlimited…which is ironic, as I’ve been waiting for the machined parts for awhile and could easily have had the now ordered bits on hand, but oh, well. Anyway, I hope to have this back together by the end of next week, given my current work schedule.

And I think my efforts to rebuild my handbrake lever are at a dead end; this is too bad since new ones are almost $500! Not cool.

(And I should mention the steering wheel you see is not the one which will be in the car when it’s done; it’s an aftermarket replacement for shuttling it around the shop when there are wheels on the car again.)