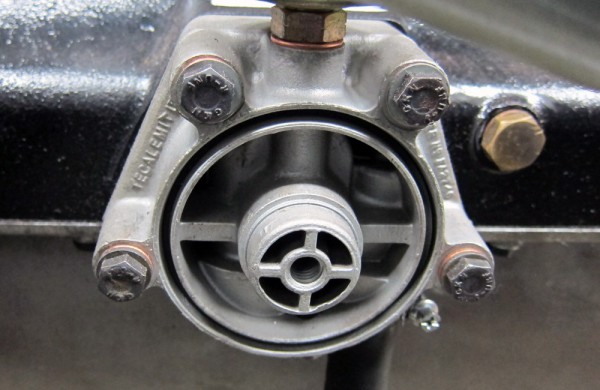 The oil filter head on my E-Type engine was missing the large disk that the filter is supposed to fit against. I believe the originals were just a press fit over that shoulder you can see a ways back along the center piece. This one came off at some point, and was probably discarded since it’s not shown in any servicing diagram. With the paper filters you can get nowadays, it’s probably OK to run without the disk, but it’s better to not do that. My friend Dave sent me a spare disk he had, but it turns out his spare was the easily obtainable (but no less appreciated!) upper disk–which has a raised section and a much smaller hole. The lower one cannot be obtained any longer. So I made one. 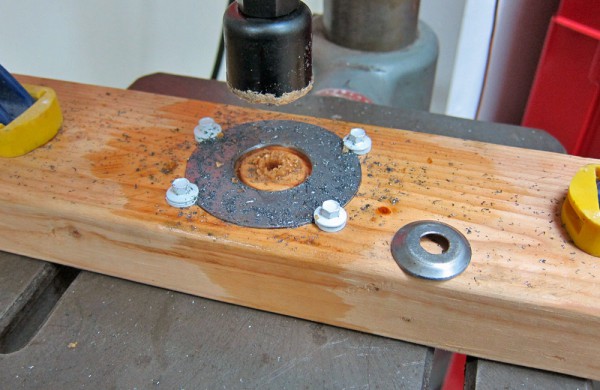 The diameter of the shoulder in the oil filter head is just over an inch and a quarter, so I used a 1.25″ hole saw in my drill press, and some intricate custom tooling as seen here, to drill a hole which was slightly too small. I then used a half-round file to enlarge it a bit, testing as I went, until it slipped in where it should. 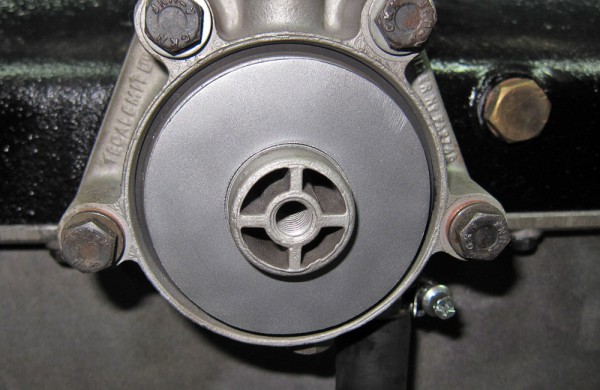 After a quick bead blast and clean, it went in and the filter could be assembled. There are undoubtedly a million better ways of doing this, but with what I had to work with, this was my solution.