We’re looking at the underside of the right front wing–this is the side of the Moggie which was clobbered. Alas, this wing was not to escape Bubba’s “restoration” efforts, as you can see. Looking at the photo, and before clicking through to the rest of the post, what do you think the pipe is for? Reinforcement? Smuggling narcotics? A swallow nesting box? What do you expect to find on the upper side? 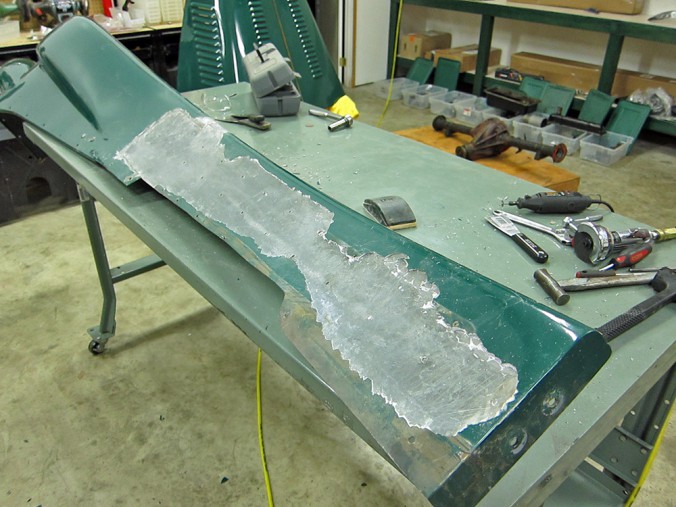 The vast majority of what you see here came off with very little effort. The bondo… 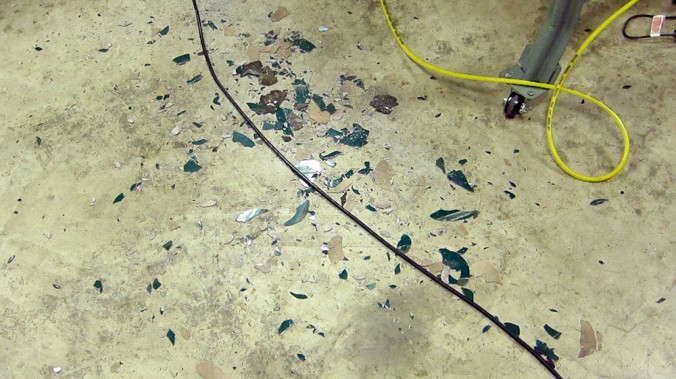 …lots and lots of bondo–had essentially no adhesion to the steel underneath. If you had dropped something small and heavy on the running board, like a wrench, in places you’d probably have lost an inch by two-inch piece of the “paint”. 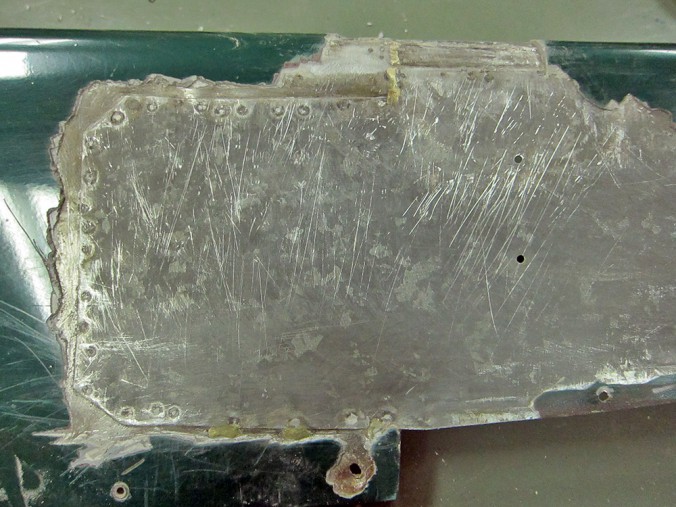 The new metal is lap-welded over the top of the original steel, which was bent down, not that it matters, as the thinnest bondo is 1/16″ and the thickest is half an inch, so where the steel was going to end up in relation to the paint was the furthest thing from the addled mind of our friend. (If this amount of filler had been lead, one person would not be able to lift this wing.)

Now, I don’t weld, so it’s easy for me to criticize, but lap welding is strictly amateur stuff on car bodywork. But even so, if you’re going to lap weld, the usual practice is to leave the original steel alone and press a flange into your replacement panel, to tuck the new under the original. That way the panel only really requires dressing at the join. 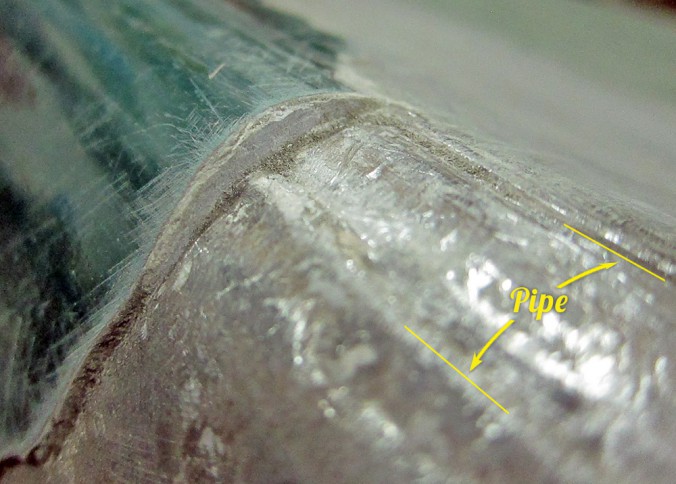 And now we can see why we have a pipe! It was used to provide the curve where the top becomes the side. Except, as you can see, the pipe isn’t really of the right diameter and almost a half-inch of bondo was necessary to correct that. This is the kind of stuff that ultimately kills me on bodges, and this car has a million of them, so I’m fairly far into the afterlife at this point. OK, I can see giving up on forming a complex curve in a single piece of steel. OK, I can see the light going on and the idea of using a section of pipe instead. But I can’t see then using a piece of pipe which is the wrong diameter and therefore requires a ton of bondo work as well. 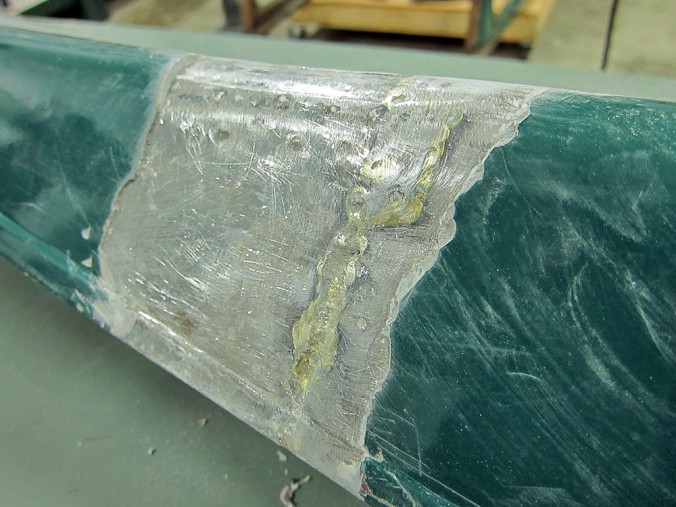 You can see why they gave up on butt-welding!

Sadly, I think this wing is a total loss, though I will probably ask a welder with actual talent first if they think they can make it work. New wings are $1400 (ouch) and take a professional 12-20 hours to fit, not sure how many additional lifetimes that would be of mine.