Almost Back to Where I Was

By the end of this weekend I might be back to where I thought I was two or three weeks ago, before I discovered how much the wheel arches were off. But first, a look at how much this car is fighting to stay derelict! (Or maybe I’m just projecting…)

I sent the instruments off to be rebuilt in January, to Morgan Motors of New England, where all of the E-Type money has gone, effectively. (They are good folks and a decent company to deal with, once you accept that any transaction that involves the Morgan factory directly rather than an item in stock is going to take a period of time geologists refer to as an epoch.)

I don’t know for a fact, but I would guess MM uses Nisonger for their instrument rebuilds, as they would be “just down the road”, but they could easily use another specialist. In any case, I was fairly convinced the instruments were lost, just based on the two-month turn-around and the extra half-year it’s been since the expected return date. 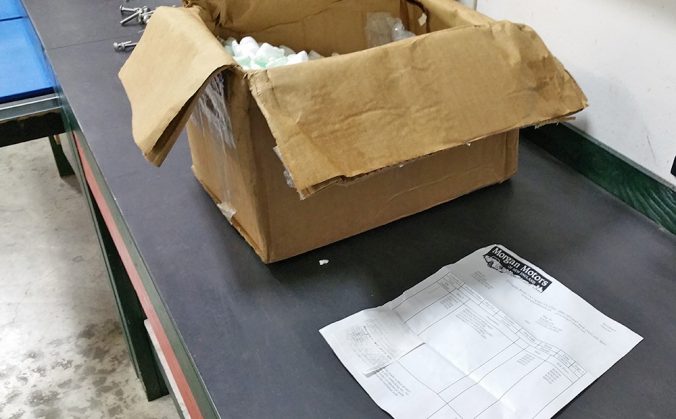 But lo!, a box, which Ms. Rusty Heaps signed for as I was on a conference call.

Hm. Box is pretty beat up. 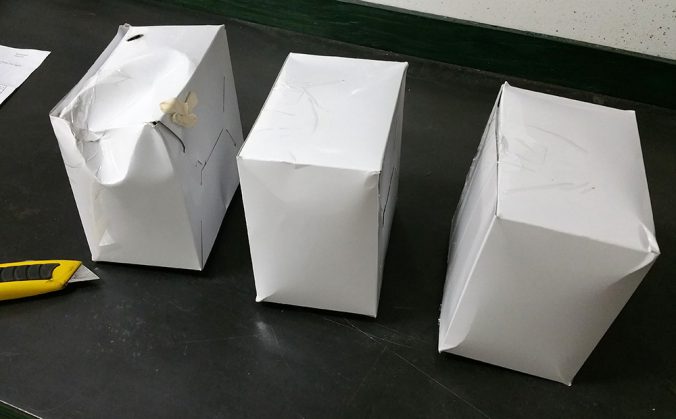 On the left you can see one of the starch-based packing “peanuts” melted to the side of a crushed box-within-a-box. C’mon. I swear every aspect of rebuilding this car has gone like this. 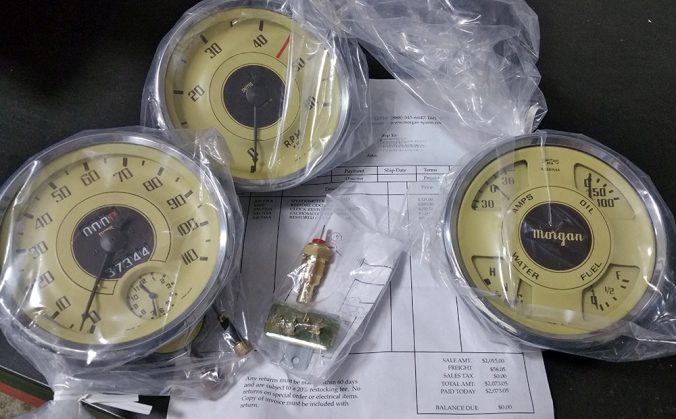 Thankfully, the instruments were packaged within bags, and seem OK. I have no way of testing them at the moment, so hope they’re fine is all I can do. They sure look nice, even if they are about $500 more than expected (and $400 more than the instruments on the E-Type). So if you’ve ever been curious what $2,000 in rebuilt instruments looks like, your curiosity can now be sated. Crushed wet box and all! 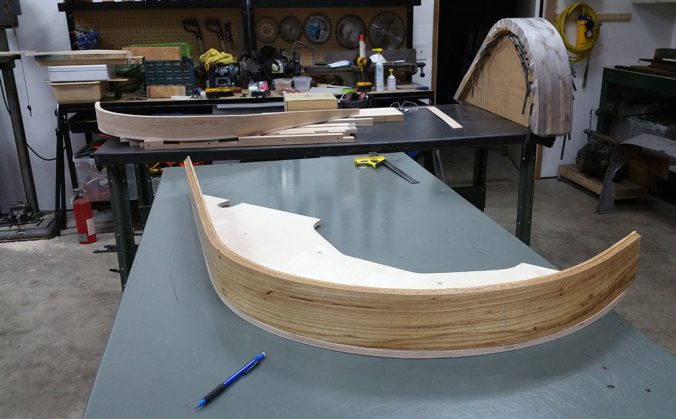 The fourth arch came off the form with a bit more spring-back than the third, here it’s being marked up for cuts. I ended up bolting both arches to each other and rather tediously making them pretty much mirror each other, to within a 32nd or so of an inch.

Because of the extra spring-back, the lower front outside edge of the latest one twisted outwards a bit, so while its upper surface mirrors the right arch, the ash is about 1/16″ thinner where it will attach to the sill board at the outside edge, if that makes sense. Hopefully not a big deal; if it turns out to be critical, epoxy-as-filler will be used once more. 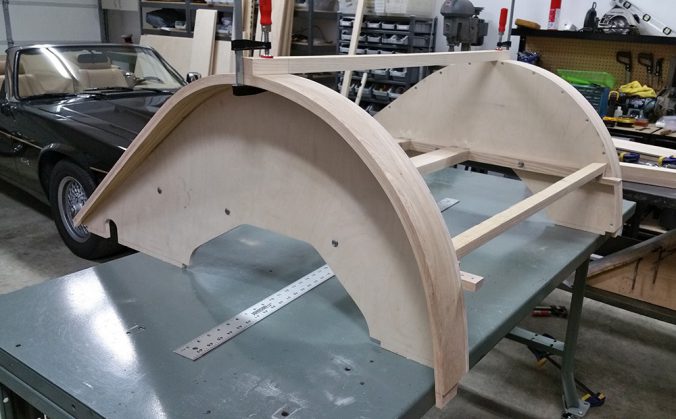 And here are the finished arches with the fuel tank/storage frame bolted back up. I have a spacer board clamped up top and one resting inside at the front. I had to make a minor adjustment to the rear fuel board, looking at my marks I realized I had cut the board slightly wonky on the right side. Oh, well, it’s mechanically sound and it’s all getting glued, so… 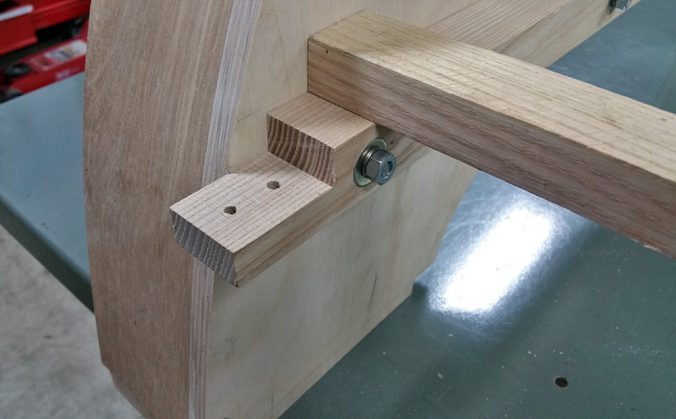 The original frame had this half lap joint starting in front of the arch. This shows the inch I will be moving the seat back. I will have to make corresponding changes to the top cross-piece (by moving it behind the top pivot bracket instead of in front of it, and to the seat bases (which will have to take into account the cross-members now). I may have to make a sheet-metal cover for the spring-hanger, as it may be in back-poking range now, but maybe not.