The engine, gearbox and body are all back together for the first time in more than 10 years. I took some video and hope to edit it in the next couple of weeks to show the process of inserting it into the car. 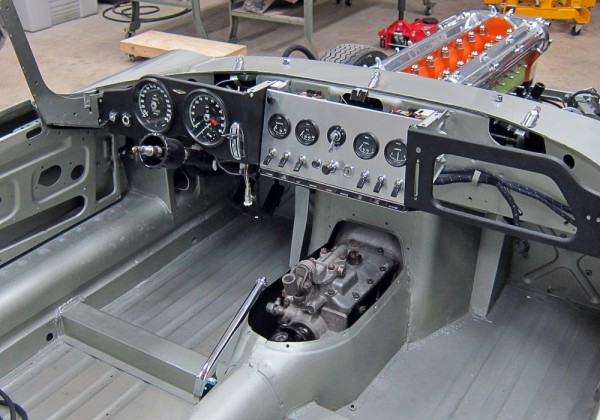 I did surprisingly little damage, all things considered. I had three snafus, all relatively minor. One was not setting my hoist to the “1/2 ton” setting–I ran out of space to move the hoist and had to pull everything out and make the lifting arm longer.

Another was not removing the tach generator…I didn’t want to do that because it was nicely sealed, but I simply didn’t have enough space to get the engine in with it on. Finally, I thought that the engine stabilizer mount could be put into place as the engine was lowered into the car, but that’s not the case. No big deal, it was easier to put in than I remembered, and I had to modify the nut plate in any case to fit the reproduction bushing. 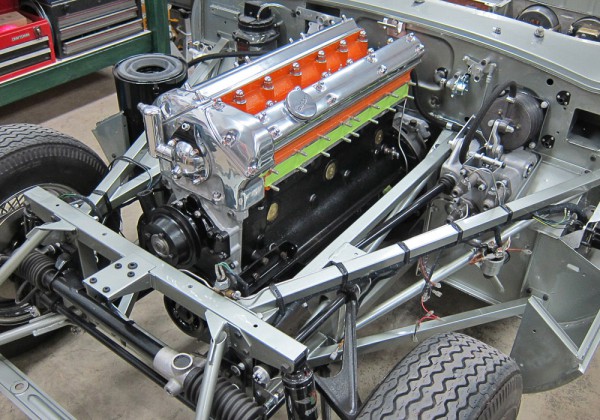